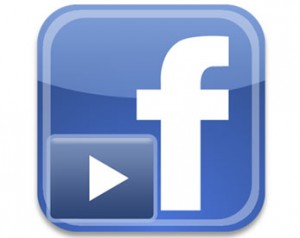 Facebook, which is already a huge distributor of Internet video content, has just revealed that it delivers 1 billion video views on a daily basis. The U.S.-based company continues to consider new ways by which to become more attractive for video-content publishers.

According to the companys statement, video views climbed by about 50% in the period from May to July 2014. More than 65% of these videos were seen on mobile devices. In an attempt to attract more video-content publishers, Facebook is now planning to add a couple of features inspired by similar ones on YouTube.

Facebook wrote in a blog post, which was cited by Digit: “The goal of News Feed is to deliver the right stories to the right people at the right time, from the people and things you care about. And more people than ever before are seeing, sharing and expressing themselves with video on Facebook. We’re committed to making Facebook the best place to share, discover and watch videos, and we’ll keep listening to feedback to improve video on Facebook.”

The company shared that it plans to launch an update this week, after which its subscribers will be provided with the opportunity to check the number of views a video has received. There has been such a feature on YouTube for some years now. As Facebook explained, the view counts are planned to be shown on public videos and will be oriented towards other users helping them to discover new and popular video content.

Another feature, which has been recently tested by the company on mobile devices, is related to displaying similar or associated videos after users are finished watching a video. YouTube features such an option.

The announcement comes at a moment when EU Competition Commissioner Joaquin Almunia revealed that the worlds biggest social network will not face an extended antitrust probe of its planned $19 billion acquisition of the WhatsApp Inc. messaging service. The cash-and-stock deal is Facebooks largest one. It is also expected to give WhatsApp roughly the same valuation as Gap Inc. and more than half the market capitalization of Twitter Inc.

“The final decision will not take a long time,” Almunia told Bloomberg TV in an interview in Cernobbio. “It’s not the most difficult merger that we have dealt with.”