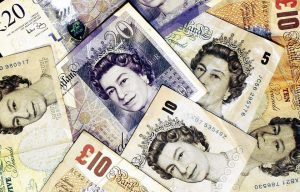 The annualized index of consumer prices (CPI) in Canada probably slowed down to 2.3% in July, according to market expectations, from 2.4% in June and matching the rate in May, which has been the highest in 27 months. In monthly terms, the CPI probably fell 0.1% last month, following a 0.1% gain in June.

Key categories in Canadian CPI basket are Shelter (accounting for 27.5% of the total weight) and Transportation (19.3%). Other categories include Food (with a 16.1% share), Household Operations, Furnishings and Equipment (11.8%), Recreation, Education and Reading (11.8%), Clothing and Footwear (5.7%), Health and Personal Care (5%), while Alcoholic Beverages and Tobacco Products comprise the remaining 3%.

Bank of Canadas (BoC) annualized Core CPI, which excludes prices of fruits, vegetables, gasoline, fuel oil, natural gas, mortgages, intercity transportation, and tobacco products, probably accelerated to 1.9% in July from 1.8% in the prior month. This is the key measure of inflation, on which the central bank bases its decisions regarding monetary policy. In case Core CPI increased more than projected, but still remained within BoC inflation range target (1-3%), this would support demand for the loonie, as Canadian dollar is also known. The official CPI report by Statistics Canada is due out at 12:30 GMT.

Retail sales in the country probably increased 0.3% in June on a monthly basis, according to the median forecast by experts. In May sales rose 0.7%. Retail sales, excluding sales of automobiles, probably expanded 0.3% in June, following a 0.1% gain in the preceding month. Large-ticket purchases are excluded due to their high volatility, which could influence the general trend. In case retail sales increased more than anticipated, this would support the Canadian dollar. Statistics Canada is to release the official figure at 12:30 GMT.

According to Binary Tribune’s daily analysis, the central pivot point for the pair is at 1.8168. In case GBP/CAD manages to breach the first resistance level at 1.8198, it will probably continue up to test 1.8248. In case the second key resistance is broken, the pair will probably attempt to advance to 1.8278.