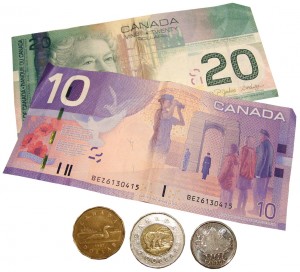 Canadas Gross Domestic Product (GDP) probably expanded 0.3% in May compared to April, when the economy grew 0.1%. In annualized terms, the economy of the country expanded 2.1% in April. The GDP represents the total monetary value of all goods and services produced by one nation over a specific period of time. What is more, it is the broadest indicator of a country’s economic activity.

The report on GDP is an important indicator for traders, operating in the Foreign Exchange Market. It serves as evidence of growth in a productive economy, or as evidence of contraction in an unproductive one. As a result, currency traders will look for higher rates of growth as a sign that interest rates will follow the same direction. Higher interest rates will attract more investors, willing to purchase assets in the country, while, at the same time, this will increase demand for the national currency. If an economy is experiencing a robust rate of growth, the benefits will eventually affect the end consumer, because of the increased likelihood of spending, while through increased consumer expenditures economy has the potential to expand even further. Therefore, in case Canadian growth outpaced expectations, this would heighten the appeal of the Canadian dollar.

Statistics Canada is expected to release the official figure at 12:30 GMT.

According to Binary Tribune’s daily analysis, the central pivot point for the pair is at 1.8427. In case GBP/CAD manages to breach the first resistance level at 1.8472, it will probably continue up to test 1.8496. In case the second key resistance is broken, the pair will probably attempt to advance to 1.8541.