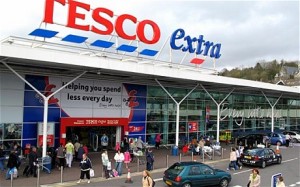 According to one of the largest shareholders, the Chief Executive Officer of Tesco Plc – Mr. Philip Clarke will need another 18 months to turn the company back to profit, after Tesco reported its worst sales growth in 40 years. The poor results provoked some of the U.K.s biggest grocery companys shareholders to call for a change in Tescos leadership.

As reported by Wall Street Journal, one of the top-ten shareholders, who refused to be identified, said that the companys approach to price cuts had been “confused” and that it was “impossible” for the current CEO, Mr Clarke to make the necessary changes in order to turn the company back to growth.

However, the Chief Investment Officer of Harris Associates LP, which holds a 3.5% stake in Tesco – Mr. David Herro said in a statement, which was cited by Bloomberg: “The reason I’m not screaming for his head is because he seems to be doing the things that are necessary to solve the past issues. This is fixable, it just takes time.”

According to some analysts and investors, Mr. Philip Clarke, who currently occupies the position of Chief Executive Officer and has been serving the company for 40 years, may face some difficulties to turn around the company. On Wednesday, Mr. Clarke himself admitted that he had never witnessed such a bad performance of Tesco on its home market.

Mr. Clarke took the helm in March 2011 and since then he has made the first profit warning of the company in a period of about 20 years. Tesco Plc operations in Japan and the U.S. were also pulled out by the Chief Executive Officer. In addition, several top executives have left the company since the appointment of Mr. Clarke.

This week Mr. Clarke explained that hes not ready to guarantee an improvement in sales growth, especially after posting the largest sales decline in the companys home market in at least 40 years. Tesco Plc CEO reiterated that he intends to reduce prices of essential items, refresh the companys large stores and retrain its staff, considering this will be enough to prevent customers from abandoning Tesco for some of its competitors, such as Lidl and Aldi.