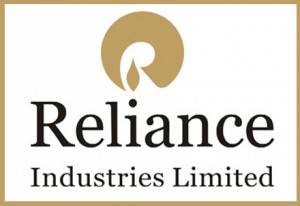 Reliance Industries Ltd., which is owned by Mr. Mukesh Ambani, said in an exchange filing that it has reached an agreement to purchase the Indian partner of Viacom Inc. The deal, which is estimated to 40 billion rupees (678 million dollars) is expected to provide Reliance Industries with a huge library of both news and entertainment content for its mobile phone business.

Reliance Industries commented on the settlement in its filing, which was cited by the Financial Times: “This acquisition will differentiate Reliance’s 4G business by providing an amalgamation of telecom, web and digital commerce via a suite of digital properties.”

Under the terms of the acquisition, Reliance Industries Ltd. will get control of 73% in Network 18 Media & Investments Ltd. and 55% in TV18 Broadcast Ltd. through its Independent Media Trust. According to the exchange filing of the company, the stakes may be increased to 95% and 81% respectively in case of an open offer.

The news of the acquisition comes at a moment when Reliance Industries Ltd. is preparing to release a high-speed broadband network that uses fourth-generation telecommunications technology. This is considered a crucial step for the company, which is following a global trend of a variety of telecommunications companies that are seeking to upgrade their content in order to be more competitive on the market and become more attractive to subscribers.

The company is planning to release 4G services and expand its reach following the example given by global telecommunications giants such as AT&T Inc. and Comcast Corp., which are right in the middle of purchases that are expected to improve their portfolios and performance on the market.

As reported by Bloomberg, the research director of Gartner Inc. – Mr. Kamlesh Bhatia commented on the agreement announced by Reliance, saying: “We call this a diversified-service provider strategy. It’s a smart move by Reliance. Globally, telecom operators have explored the opportunities of owning and aggregating content with a view to continue to hold subscriber attention.”