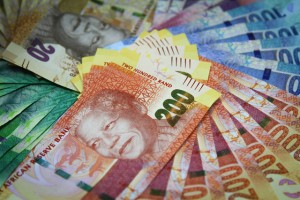 The cost of living in the US probably increased 2.0% in April compared to the same month a year ago, according to the median analyst’ estimate. The Consumer Price Index (CPI) measures the change in prices of a range of products in different categories of consumer spending, such as food, clothing, rent and medical care and etc. It excludes investment costs, such as purchases of stocks and bonds, real estate and business expenses. Life insurance is also excluded from the scheme, although health insurance, property tax and motor vehicles are present in the study. Purchases of homes, antiques and collectibles are also treated as investment costs and are therefore excluded from the study. In the compilation of the index, the urban area of the United States is divided into 38 geographic areas called index areas, all goods and services purchased by the population are divided into 211 categories. It is expressed as a percentage change from the corresponding month a year earlier.

The core CPI probably rose 1.7% in April from a year ago, according to the median forecast by experts. The core CPI, excludes prices for food and energy, because they are the two most volatile components in the CPI. For this reason, many analysts prefer to use core inflation for their objectives. Expressed as a percentage change from the corresponding month a year earlier. The US Bureau of Labor Statistics is scheduled to release its report at 12:30 GMT in Washington. Higher-than-expected readings will certainly heighten greenback’s appeal.

The number of people in the United States, who filed for unemployment assistance for the first time during the week ended on May 10th, probably increased to 320 000 from 319 000 in the prior week. This is a short-term indicator, reflecting lay-offs in the country. In case the number of initial jobless claims increases more than projected, this would have a bearish effect on the dollar. The Department of Labor is to release the weekly report at 12:30 GMT.

The Philadelphia FED Manufacturing Index probably fell to 14.0 in May from 16.6 in the previous month. The index is based on a monthly business survey, measuring the manufacturing activity in the third district of the Federal Reserve, Philadelphia. Participants indicate the direction of business changes in overall economic activity and different indicators of activity in their company: employment, working hours, new and existing orders, deliveries, inventories, delivery time, price. The survey is conducted every month since May 1968. The results are presented as the difference between the percentages of positive and negative forecasts. A level above zero is indicative of improving conditions, while a level below zero is indicative of worsening conditions. The Federal Reserve Bank of Philadelphia is expected to release the official results from its monthly survey at 14:00 GMT. A higher than expected reading will certainly provide a boost to US dollar.

According to Binary Tribune’s daily analysis, in case USD/ZAR manages to breach the first resistance level at 10.3503, it will probably continue up to test 10.3955. In case the second key resistance is broken, the pair will probably attempt to advance to 10.4328.