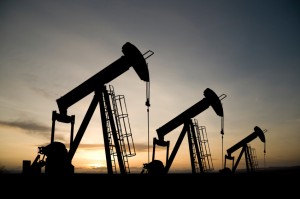 Both West Texas Intermediate and Brent contracts made sizable gains during early trading in Europe today. Pro-Russian separatists will go ahead and hold the planned independence referendum this weekend, lifting the risk premium for oil. Elsewhere, a first decline in US inventories for the last three weeks boosted crude on Wednesday.

West Texas Intermediate futures for delivery in June traded for $101.06 per barrel at 9:46 GMT on the New York Mercantile Exchange, adding 0.80%, daily prices between $101.18 and $100.23 per barrel, reaching the highest level in 10 days. The US benchmark is on track for a weekly gain, after a surprise drop in supplies in the US was reported on Wednesday.

Meanwhile on the ICE in London, Brent futures for settlement in June recorded a 0.69% gain to trade for $108.79 per barrel at 9:37 GMT, prices ranging from $107.97 to $109.02 per barrel. Brent’s premium to WTI stood at $7.73. The European brand is also headed for a weekly gain, as traders hedge risks for the weekend, when the self-rule vote in eastern Ukraine will be held.

Russia is holding its annual military parade, celebrating victory over Nazi Germany in the Second World War. Festivities are pumped up by an uplift in patriotic fervor after the annexation of Crimea, and with the ongoing confrontation with the West. Tomorrow a similar event will be on display in Sevastopol, one of the main cities in the Crimea. Reports that Russian President Vladimir Putin might be there prompted German Chancellor Angela Merkel to dub it a “pity”, should Mr Putin appear at the parade in the disputed peninsula.

However, President Putin made some steps towards reducing tensions in eastern Ukraine as he proposed separatists postpone the planned independence referendum in Donetsk and Luhansk regions. President Putin went on to add that the presidential election in Ukraine due on May 25th is a step in the right direction, and that he is withdrawing forces from the border.

The rebels, however, disregarded his pleads, and said the referendum will go ahead as planned. “The referendum will take place on 11 May. We are getting ready, ballot papers are being printed, everything remains in force. Nothing will change, it will not be delayed,” pro-Russian rebels in Luhansk were quoted as saying.

The referendum will take place in the mainly Russian-speaking eastern regions of Luhansk and Donetsk, which saw bloody battles between the military and rebels recently. Fears that a scenario, similar to that in the Crimea is unfolding is keeping a floor under prices.

The US consumes about 21% of the worlds oil supply, and inventories impact prices more than most other factors.

Elsewhere, a deal between Libyas government and rebels occupying two oil-exporting ports in the east seems less likely, after an appointment of an Islamist-backed PM fueled distrust between the parties. Authorities, however, remain adamant in going forward with a deal, which would reopen the terminals, pressuring crude contracts.

Iran is also in focus, as negotiations between Tehran and six world powers over the nuclear capabilities of the country had given “useful” results. Sanctions limit Irans oil exports, and a possible breakthrough could result in a surge of fresh oil products on the markets, which would push down on prices.

Earlier today a report revealed consumer prices in China had fallen short of expectations and registered a 0.3% deflation on a monthly basis, and 1.8% growth from a year ago, indicating a weakening domestic consumption. Producer prices fell 2.0% on an annual basis.

“It seems China is catching a whiff of that deflationary problem,” Yao Wei, China economist at Societe Generale told CNBC. “For an economy with a nominal GDP (gross domestic product) growing at 8 percent, this is an extremely low level of inflation, or rather deflation actually.”

Previously, a report earlier today showed foreign trade had improved significantly in April. Both exports and imports beat expectations of contraction to mark slight gains at 0.9% and 0.8%, respectively. Trade balance had also improved on forecasts to settle at a $18.45 billion surplus, more than double that of March.

More importantly, crude oil imports had increased by 22.4% on a monthly basis to average at 6.78 million barrels daily. Crude imports also exceed figures from a year ago by 11.5%.

According to Binary Tribune’s analysis for today, in case West Texas Intermediate June future breaches the first resistance level at $100.84, it probably will continue up to test $101.41. Should the second key resistance be broken, the US benchmark will most likely attempt to advance to $101.90.

Meanwhile, Brent will see its first resistance level at $108.33. If breached, it will probably rise and probe $108.63. In case the second key resistance is broken, the European crude benchmark will probably attempt to advance to $109.10.

If Brent manages to penetrate the first key support at $107.56, it will likely continue down to test $107.09. With the second support broken, downside movement may extend to $106.79 per barrel.