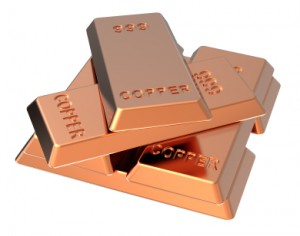 Copper futures on the COMEX recorded bearish trading before noon in Europe, as investors weigh rising home sales in the US with speculation of an improving dollar. Growing demand in China and improving prospects for the US lift long-term sentiment.

Copper futures for July, the most traded contract in New York, stood at $3.0835 per pound at 12:04 GMT, losing 0.31% so far. Prices ranged from $3.0720 to $3.0895 per pound. Yesterday saw no change of the closing price, while the red metal gained 1.92% for the previous three trading days, pushed up by robust US data and growing demand in top-consumer China.

The economic recovery of the US is a double-edged knife for copper. A strong economy would elevate the dollar, increasing the foreign cost of dollar-denominated commodities, such as copper. Meanwhile, the same dynamic would boost demand outlooks for the industrial metal. Weighing those opposite forces, the market reacted with mixed feelings towards yesterdays data on pending home sales in the US, and the most-traded contract for the red metal remained unchanged in New York. The report from the National Association of Realtors showed the volume of contracted home sales in the US has increased by 3.4% in March, marking the first rise in nine months.

The Conference Boards Consumer Confidence Index for April is due later today, and expectations put the figure at 83, up from March’s 82.3 reading. The improving sentiment lifts positive outlooks for the US economy, as 70% of the GDP is generated through consumer spending. On Wednesday the Fed will release its statement on monetary policy, a major influence in dollar levels, and expectations are the Fed will reduce stimulus, boosting the greenback and pressuring copper. Friday will feature crucial data on US employment. Forecasts project the unemployment rate for April at 6.6%, down from March’s 6.7%, while nonfarm payrolls are expected to have added at least 210 000 from a month before.

Demand for copper in the worlds top consumer China is growing, as construction enters active season. Additionally, the state reserve is buying massive amounts of bonded metal, perhaps to fuel a targeted 7 million new units of public housing this year. The ambitious plan is being implemented in an attempt to halt rising home prices in the world’s second economy.

According to Binary Tribune’s daily analysis, in case Copper July futures manage to breach the first resistance level at $3.1043 per pound, they will probably continue up to test $3.1157. In case the second key resistance is broken, the industrial metal will likely attempt to advance to $3.1268.

If the contract manages to breach the first key support at $3.0818, it may continue to slide and test $3.0707. With this second key support broken, the movement to the downside will probably continue to $3.0593.