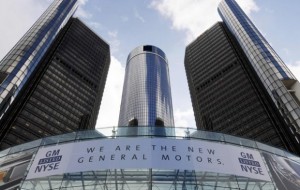 The explanation of General Motors Co. why it is expanding the recall of models made between 2008 and 2011 is being questioned by congressional investigators. Yesterday the company announced that it is withdrawing more vehicles. In addition, General Motors Co. has more than doubled the costs estimates of the recalls during the first quarter.

As the company itself revealed, it is planning to withdraw 1.3 million vehicles, the most recent of which are manufactured in the period 2009-2010. The new withdrawal is considered to make the current Chief Executive Officer Mary Barra face hard times and scepticism. Ms. Barra is said to be put under pressure as she testifies before the energy and commerce committee about the safety of General Motors vehicles.

Ms. Barra apologized for the situation, but she also emphasized on the fact that the company is working in a different way than before.

As the Financial Times reported, the Chief Executive Officer of General Motors Co. said in its prepared testimony: “I would like this committee to know that all of our GM employees and I are determined to set a new standard.”

Last week General Motors Co. announced that the ignition switches of its Chevrolet Cobalt and HHR, Pontiac Solstice and Saturn Ion and Sky offered in the U.S. would be replaced due to the fact that switches with defects may have been used in the process of vehicle repair.

As reported by the Wall Street Journal, because of this, some of the Committee members said that the company has “never acknowledged that switches that do not meet GM specifications were also installed in model year 2008-2011 vehicles”.

The Chairman of the House Energy and Commerce Committee – Mr. Fred Upton also made a statement, which was cited by Bloomberg. He said: “Lives are at stake, and we will follow the facts where they take us as we work to pinpoint where the system failed.”