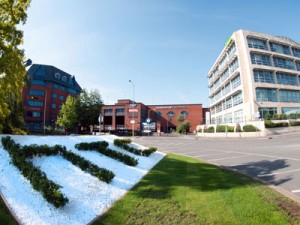 Effective immediately Peter Chou will step down from the helm to lead product innovation as head of HTC Future Development Lab, the company said in a statement. Mr. Chou will be in charge of identifying future growth opportunities for HTC.

Mr. Chou and Ms. Wang founded the company back in 1997 as a contract manufacturer of notebooks and nine years later HTC launched its own brand. Over the course of the years the company has been credited for creating some of the mobile industrys firsts, including the first Android-powered device and the first 4G smartphone in the U.S.

HTC reached its peak in 2011 when it was the third largest smartphone maker in the world, outselling rival Nokia to take its place. Since then, however, the company has been struggling to compete in the smartphone market.

According to research IDC, HTC was not even top five by sales in the fourth quarter of 2014. The high-end of the industry has been dominated by Samsungs and Apples flagship products, while Chinese low-cost manufacturers, including Lenovo and Xiaomi, have aggressively taken every bit of market share they can get.

During the past two years several of HTCs executives has left the company, including key people like its marketing and engineering chiefs.

HTC reported its first annual loss in 2013, but recently it has shown signs of improvement as it released lower-priced device and a new flagship smartphone. HTC stated a fourth-quarter revenue increase and projected further growth in the second quarter.

“As an entrepreneur at heart, I am excited to see so many new opportunities, and I am honored to accept this opportunity to help shape the next stage of HTC’s development,” said Ms. Wang.

Investors did not react to the announcement and HTC closed unchanged at TWD 141.50 in , marking a one-year decrease of 4.39%. The company is valued at TWD 117.17 billion.

According to the Financial Times, the 20 analysts offering 12-month price targets for HTC have a median target of TWD 142.25, with a high estimate of TWD 200.00 and a low estimate of TWD 80.00. The median estimate represents a 0.53% increase from the last closing price.