Skip to content
Home  »  Stock News   »   Nike Inc. share price down, warns for slower sales in the current quarter due to stronger dollar 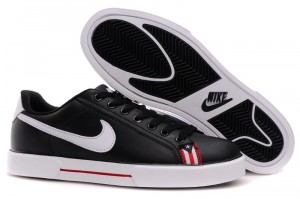 Nike Inc., which is the largest sports wear brand in the world, warned that its sales growth during the quarter that is to end in May 2014 may turn out to be lower than initially expected due to a stronger US dollar which has cut the value of Nikes international profit and revenue. The companys announcement comes after Nikes third-quarter profit and sales surpassed analysts estimates.

The company posted a 13% increase of its profit for the quarter that ended on February the 28th, revealing it amounted to 7 billion dollars. It also reported that its net income decreased by 21% and reached 685 million dollars in comparison to the one from a year earlier.

Nike Inc.s warning for slower sales was posted by Mr. Donald Blair, the current Chief Financial Officer of the company, on a conference call with analysts. Mr. Blairs words were cited by Bloomberg: “Foreigh-exchange headwinds have been a significant drag on EPS growth so far this year, and we expect to face ongoing pressure”.

Despite the fact Nike Inc. is a part of a very crowded and highly competitive market, the company manages to beat not only its oldest competitors such as Puma, Adidas and Reebok, but newer ones such as Lululemon Athletica as well. Nike also benefits from the fact that people have recently started buying more sports goods not only for work-out but also as fashion accessories.

The Chief Executive Officer of the company – Mr. Mark Parker said for the Financial Times: “Our strong results demonstrate our focus on delivering innovations that resonate with consumers. We are focusing on the biggest opportunities for growth while we manage risk across our diverse global portfolio.”

One of the analysts working for Edward Jones & Co. – Mr. Brian Yarbrough also commented in an interview for Bloomberg: “It’s a great quarter with sales up across the board. Nike’s product is firing on all cylinders right now, especially in basketball and running.”