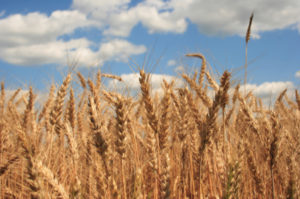 The grain settled last week 1.05% higher after it lost nearly 40% in 2013, the steepest annual drop on record amid expectations the global output will surge to 964.3 million tons in 2013-2014 season, boosted by record production in the US, the world’s top producer.

According to a report by Xinhua, China has rejected 601 000 metric tons of US corn, containing the unapproved genetically modified MIR 162 substance.

In Brazil, a return to hotter and drier weather during the next seven days will again deplete soil moisture and will increase crop stress. Recent wet weather in Mato Grosso probably disrupted the harvest but favored filling soybeans. However, the region may experience somewhat drier and warmer trend during the next few days.

In central Argentinas main corn and soybeans areas, heavy rains of 1 to 3 inches overnight are expected, which will be beneficial for crops. This added to significant rainfall and lower temperatures last week that eased some stress on developing and pollinating corn and developing soybeans.

Scattered showers and thundershowers have been reported in key corn areas of South Africa during the weekend. According to DTN, conditions will be mostly favorable for reproductive to filing corn during the observed period.

Wheat slumped 22% last year, marking the largest annual decline since 2008, on expectations for a record global output of 712.7 million tons, according to data by the US Department of Agriculture.

DTN’s January 28th forecast also called for very cold weather to continue for the next few days in the Midwest, which may cause some potential damage to any unprotected wheat. According to the website, in the soft winter wheat areas, the snow cover will likely insulate the crop from the frigid temperatures, but some areas with less snow may be at risk.

Meanwhile, DTN reported that the coldest weather early this week again will occur east of the winter wheat belt. There are slight chances of precipitation during the six-to-ten-day period, which will favor the wheat crop.