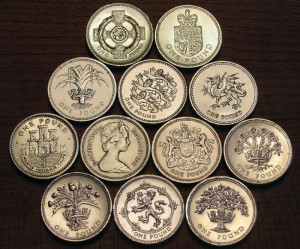 The pound advanced to a three-week high against the US dollar, after data showed the UK rate of unemployment declined to 4-1/2 year low in the three months to November.

The UK Office for National Statistics (ONS) reported that the nations jobless rate declined to 7.1% in the three months to November, just above Bank of England’s threshold of 7%, which will be used as a benchmark for raising interest rates. Analysts had expected the unemployment will decline to 7.3% in the three months to November from a previous reading of 7.4%. According to the government agency, this was the largest decline in unemployment since 1997 and the lowest level since May 2009.

A separate report by the ONS revealed the number of people filing for jobless benefits in the UK fell by 24 000 people, less than analysts expectations for a decline of 32 000.

According to BoEs minutes from its January meeting released today, the unemployment may hit the central banks 7% threshold “materially earlier” than estimated. However, the minutes also revealed that policy makers didnt feel pressured to take immediate actions to raise interest rates, if the threshold is reached too soon. BoEs policy makers voted unanimously to keep the central banks policy steady in January.

Meanwhile, greenback’s demand continued to be supported by a recent batch of overall upbeat reports, which increased bets for further cuts in Fed stimulus.

Data showed on Friday that US home construction slowed less than analysts had projected, while industrial output expanded for a fifth consecutive month. Only the consumer sentiment came at a lower-than-expected reading in January, but this was not enough to change the overall market consensus that Fed will continue tapering throughout 2014.

Overall, the reports provided support to greenback’s demand, as they favored the view that the Federal Reserve Bank may continue tapering during the year. Central bank’s policy makers said on December 18th that they will reduce monthly asset purchases to $75 billion from $85 billion, underscoring improving labor market conditions.

The bank will probably continue to pare stimulus by $10 billion at each policy meeting before exiting the program in December, according to a Bloomberg News survey of 41 economists, conducted on January 10th. The Federal Open Market Committee is scheduled to meet next on January 28-29.