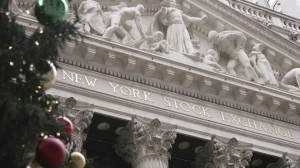 “General economic conditions are showing a sustainable recovery pattern,” Eric Teal, who helps oversee $5 billion as the chief investment officer at First Citizens BancShares Inc. in Raleigh, North Carolina, said by phone to Bloomberg. “I think we’ll continue to grind higher through year-end and we anticipate that the fourth-quarter earnings outlook will be positive as well.” he added.

Orders for durable goods, such as cars and aircraft designed to last more than three years, showed an increase of 3.5% in November, ahead of expectations for a rise of 2%. The increase was driven by business investment, particularly in civilian-aircraft orders. A measure of business investment increased at the fastest pace since January.

European stocks were little changed toward positive on Tuesday, as the US Federal Reserves decision last week that the US economy was strong enough to start scaling back its bond-buying program next month continued to support sentiment in thin trade. The Stoxx Europe 600 index closed up 0.3% in a shortened trading day ahead of the holiday. Londons FTSE 100 was 0.2% higher and the French CAC-40 index gained 0.1%.

In Asia, Japans Nikkei Stock Average added 0.1% to close at a six-year high, with some weakness in the yen helping boost exporter shares. Chinas Shanghai Composite rose 0.2% as the short-term lending rates declined, easing the cash crunch that has weighed on markets recently.

In US corporate news, T-Mobile and Facebook shares gained after the two companies said they have teamed up to offer free wireless access to the social network for users of T-Mobiles GoSmart Mobile Service.

Tesla climbed 5.5% to $151.41. Its Model S keeps its 5-star rating for safety for 2014, the highest designation awarded by the National Highway Traffic Safety Administration. The agency opened a review of the car last month after fires in Tennessee and Washington state occurred when drivers struck metal debris.