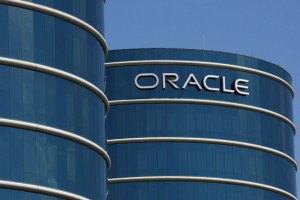 Oracle Corp. provides enterprise software and computer hardware products and services and is known as the largest database maker worldwide. Yesterday, the company agreed to buy Responsys Inc. The deal is estimated to 1.5 billion dollars and is considered to up the ante of the technology company acquisitions that are yet to come. Bloomberg reported that according to a statement made yesterday, Responsys will be paid 27 dollars a share in cash, a 38% premium over its closing price yesterday. The transaction is expected to close until the end of June 2014.

Oracle Corp. is now trying to add more diversity to its marketing software range, because it is focused on making its business more competitive amid companies such as Salesforce.com Inc. and Adobe Systems Inc. One of the analysts of FBR Capital Markets & Co. – Daniel Ives, said: “Investors want Oracle to put more fuel in the growth engine. Marketing automation is one of the hyper-growth areas within cloud.”

Over the last ten years Larry Ellison – the Oracles Chief executive Officer – invested more about 50 billion dollars in more than 100 acquisitions in order to make the company answer to customers requirements. A great deal of the companies acquired by Oracle are considered a mainstay in cloud computing, which is the reason why Mr. Ellison is shifting Oracle away from traditional software stored on personal computers and servers.

The co-president of Oracle Mark Hurd made a statement and said that Responsys would become part of Oracles Customer Experience Cloud, Bloomberg reported. RBC Capital Markets analyst Matthew Hedberg said on the occasion: “This one has a potential to be very nice acquisition for Oracle because there is not a lot of overlap with what Responsys does on the marketing side. It makes a lot of sense, and it certainly accelerates their strategic transition to more cloud-based revenue.”

No matter the companys sales and revenue growth have decreased in the last few years, the latest earnings of Oracle gave investors a reason to believe that the company is weathering the transition to cloud software.