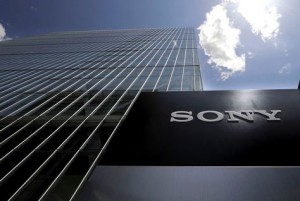 The Qatalyst Partners of Frank Quattrone were hired by Sony Corp., which is looking to shed units in order to focus on fewer products. People, who are familiar with the matter said that Qatalyst is supposed to explore a sale of Sonys Gracenote audio-recognition software business.

The annual revenue of the unit, which is now trying to be an independent entity and is negotiating with some private-equity companies, is estimated to up to 200 million dollars. The sale is its early process now, but Gracenote, which was acquired by Sony in 2008 for about 260 million dollars may reach an agreement by the end of 2013.

Gracenote unit is famous for providing Apple Inc.s iTunes application with the software responsible for quick songs identification when it comes to transferring audio files from a compact disc to a computer. This software is also being integrated by Gracenote into televisions, which gives marketers the opportunity to learn their audience better and make more successful advertising strategies based on demographics.

A spokeswoman of Gracenote – Sunok Pak refused to make comments based on rumours and speculations. Dan Race, who is a spokesman of Sony Corp. also refused to comment. The Qatalysts spokeswoman Sally Palmer didnt respond to the messages asking for more clarity. Another person, who was informed on the matter and asked not to me named, said that in case of a deal Sony may decide to keep a stake in Gracenote, because the units technology is part of many products of the company.

Currently, the Chief Executive Officer of Sony – Kazuo Hirai – is trying to make Sony more stable by consolidating its businesses, reducing the companys costs and rationalizing its operations. Analysts believe that a great number of the companys troubles is due to the fact that Sony missed the transition to mobile computing, which is currently under the lead of Apple Inc., Samsung Electronics Co. and Google Inc. The forecast for Sonys profit for TVs, cameras and computers was lowered after the company surprisingly recorded a quarterly loss in October this year.

Since 2009, when it was acquired by Sony, Gracenote has been operating almost autonomously. The software it produces is part of many Sony rivals products, including products of Toshiba Corp. and Microsoft Corp. Currently, the unit is trying to broaden its business into the advertising market.