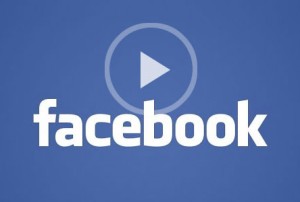 People familiar with the matter said that Facebook Inc. will begin selling video advertisements later this week. The ads will play automatically in users new feeds and may help Facebook win a part of the 66.4 billion dollars, which are expected to be spent on U.S. television this year by advertisers.

Facebook intends to make an official announcement about this on Tuesday, and the ads are expected to be played for the first time on Thursday both on the Web and on smartphones. People familiar with the matter explained that the ads are planned to play automatically in users new feeds, no matter if they click on them. The length of the ads also remains unknown. This August the Wall Street Journal reported that ads are expected to be up to 15 seconds.

Facebook have made a short teaser especially for the Lions Gate Entertainment Corp.s film “Divergent”. It will also be included in the first ads the company is releasing. The number of the other companies, which are planning to offer ads is still not known.

The company deliberately slowed down its ads launch fearing they could annoy users, although a great number of advertisers had hoped that Facebook will do anything possible to start selling ads just in time for the holiday shopping season.

The founder and Chief Executive Officer of the company – Mark Zuckerberg – is said to be personally interested in the video ads. He delayed ads launch on purpose, because there were some engineering problems, which made them too slow to load. The Wall Street Journal reported in August this year that the software engineers of the company improved the back-end technology in order to make the video ads faster to load.

Last week the company began testing the new technology, which was the reason why Facebook users saw some videos playing automatically in their news feed. The Facebook has not officially announced yet how much will it charge advertisers, but the sum is expected to be large. In August some of the companys executives said for The Wall Street Journal that Facebook planned to charge 2 million dollars a day in order to let them reach the full adult audience of the company.