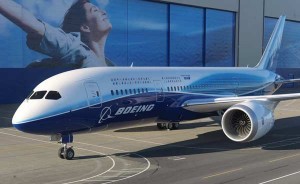 On Monday, the board of Boeing Co.s raised the company dividend about 50%. The board also approved 10 billion dollars in a new share buyback authority, announcing that the company would use it in the next two or three years. The repurchase of the shares is estimated at about 10% of the companys stock and rank Boeing in the middle of buybacks made by large U.S. companies this year.

Jim McNerney, who is the Chief executive of Boeing, made a statement on the occasion saying that the dividends increases and share repurchases “reflect sustained, strong operational performance by our businesses, increasing cash flow, and our confidence in the future.”

About 800 million dollars remaining from the stock repurchase authorization of the company in 2007 are added by the new repurchase. The company officially announced that the buying is planned to begin in 2014.

This year Boeing has an increase in revenue and cash, and it has been quite focused in commercial jet production, with a target of delivering a record 635 to 645 aircraft. These profits help the company compensate declining U.S. Military spending, which has been a complication to Boeings defense business. The company also intends to make an investment estimated to billions of dollars in two new models – 737 MAX and 777X.

Currently Boeing is also trying to secure a labour contract with its unionised machinists. This would provide the company with assurance that the 777X model is going to be built in the area of Seattle. Due to the fact that the companys offer would change their defined-benefit pension, the Boings proposal have been rejected from the 31,000 local union members.

The president of the International Association of Machinists, District 751 – Ton Wroblewski, said: “Boeing is looking forward to a period of long-term financial stability made possible primarily by the men and women of district 751. While other production sites have failed to hit their targets, we have delivered record number of airplanes at record profit margins this year, helping drive the stock price to record highs. Given this, I feel its wrong for the company to try to take away pension benefits that provide our members with their own future financial stability.”