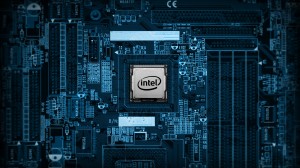 For years now Intel Corp. has been known as a leader on the market of computing and communication components. The company designs, manufactures and sells computer components and related products, such as: microprocessors, chipsets, motherboards, wireless and wired connectivity products, etc. The company controls about 95% of the market for chips in servers that use personal-computer processors.

However, the companys previous undisputed leadership and dominance on the semiconductors market now seems to be threatened by the markets shift to mobile devices.

Google Inc. is obviously about to make things worse, because it has taken under consideration using technology from ARM Holdings Plc. in order to design its own server processors.

Such a step would definitely be quite challenging for Google Inc., not to mention the costs the company is expected to make. However, the attention of the company is now focused not only on selling Internet ads and other online services, but also on the peremptory shift of Intel from the leading position of the market. This will not only bring profits to Google, but will also prompt other Internet-based companies such as Facebook Inc. and Amazon.com Inc. to do the same. Patrick Wang, who is an analyst working for Evercore Partners Inc. said on the occasion: “Google could be doing this for price negotiations. They dont have to do it – they just have to talk about it.”

Of course, using its own designs will create for Google the opportunity to better control the interactions between hardware and software. The matters and discussions are still considered as private, because the company hasnt made any final decision yet. Liz Markman, who is a spokeswoman of Google, explained in an e-mail statement: “We are actively engaged in designing the worlds best infrastructure. This includes both hardware design (at all levels) and software design.” Ms. Markman, however, refused to reveal if the company will develop its own chips.

Currently, Google has been designing its own data centres all over the world – six facilities in the U.S, one if South America, three in Europe and two in Asia.

Intel Corp. refused to comment the situation. However, in November the company forecast that its sales will change a bit during the next year, taking into account the PC market slump.