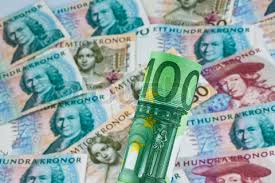 SEK advanced against EUR, after the release of a report about the values of three different indicators, which measure the consumers and business confidence in Sweden. All of them had beaten the analysts forecasts.

An index measuring consumer confidence in Sweden in November showed a reading of 104.9 today, compared with an estimate of 102. The manufacturing confidence reading was 105.8, compared with an estimate of 100.6, while the third indicator the Economic Tendency Survey, mostly comparable to Europes Economic Sentiment Indicator (ESI), also exceeded the analysts expectations, reaching 104.1, compared to a predicted value of 101.8.

Earlier last month, the Swedish Central Bank decided to keep the main interest rate at 1 percent and to postpone its intentions of tightening monetary policy until late next year, when the prospects for the Swedish economy improve. According to Riksbank in a statement made on October 24-th, the GDP of the largest Nordic economy (Sweden) is expected to grow 2.6 percent next year, compared to 0.7 percent until the end of the year.

Meanwhile, Andreas Wallstrom, an economist at Nordea Bank AB in Stockholm, cited by Bloomberg, said that “Swedish consumers see that happy days are coming and households became more optimistic both on their own economy and the overall Swedish economy”.