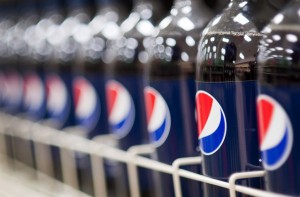 After its annual sales slowly grew, the company started considering expansion by buying instant food businesses. On November the 29th, Frank Lin, who is the Chief Financial Officer or Tingyi, announced that the company will probably try creating a new and strategic alliance in 2014 by investing in new acquisitions. He refused to give more details, but revealed that Tingyi is thinking over the acquisition and partnership with both domestic and foreign brands during the next year.

Considering the fact that normally, rising incomes boost consumption of Chinese customers, over the last three years, the company has been trying to win new clients by working with companies such as PepsiCo and Asahi Group Holdings Ltd. The main goal of Tingyi is making some investments in order to divert the customers attention from some global food companies, such as Nestle SA, which are its most serious competitors.

Mr. Frank Lin explained that there is no final decision made about this strategy, but Tingyi will surely focus on local China deals for the next five years. He also said: “For the instant food business, we choose M&A instead of organic growth because its faster to expand our presence in the China market.”

More than half of the revenue of Tingyi Holding Corp. is formed by beverages. Another 43% are formed by instant noodles sales and 2.5% come from instant foods sales, including muffins, egg rolls and sandwich snacks. The company is also planning to import Asahi Groups Wakodo baby nutrition units infant formula this year. The company is also provided with the opportunity of growing thanks to snack foods, cookies, dairy products, health foods, nuts, etc.

The Chief Financial Officer or Tingyi also said that the company is planning dividend payment, which is estimated at about 50% of its earnings. The other 50% will be used for making some acquisitions in correspondence with the overall strategy of Tingyi. Still, the companys revenue has the slowest annual pace since 2004, which makes its chances of success with the new undertaking rather shaky and uncertain.

Mr. Frank Lin said that their drinks and instant noodles businesses would still be the growth drivers for the company next year, and that any impact to consumer demand in 2014 would be very limited. Since 2011, the company has been operating overseas, working with some foreign partners. The bottling franchisee agreement signed with PepsiCo in 2011 has been one of a grave importance for the company, because it allows it to make and sell PepsiCos non-alcoholic drinks in the country.

Time will tell what happens next and what strategic steps the company will take in order to increase its profits. For now, as Mr. Lin said, it was trying to “improve operations and maximize shareholders interest”. That is also the reason why Tingyi is considering separating its food and beverage businesses.

According to Bloomberg, the current share price of Tingyi Cayman Islands Holding Corp. is 0.44% up, and its one-year return rate is 2.16% up.