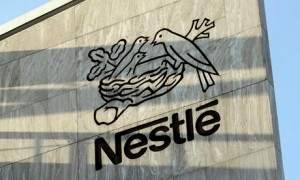 Being one of the leading companies in the food and beverage production business, Nestlé SA has always been one of the most reputable companies worldwide, too. Over the last years its name has become an epitome of consistency, solidity, and of course – success. This makes it one of the most famous, loved and long-lasting companies. The Nescafé brand is one of the oldest in industry and exists for more than 75 years. The Maggi stock cubes are in the business for 65 years now, and even KitKat managed to become one of the most popular chocolate wafers worldwide more than 70 years ago.

Its not a secret that most investors are attracted to the brand thanks to its name. But that is not all. The company has also promised its investors to increase its annual organic sales with 5-6%. Last year these sales growth was up 5.9%. And still, no matter of the stability of the company and its great reputation all over the world, it could be noticed that it suffers from some difficulties. The sales have been rather slow recently, and the profits have decreased. The profit margins tend to the average ones for the industry, which is about 16%.

The Redburn analyst Jeremy Fialko came up with a warning to the investors of the company, as well as to the mass users. He said: “A succession of underwhelming quarters led to widespread concern that fundamental problems were brewing in Nestlé businesses.”

This change has influenced the markets. For example, at the current moment Nestlé and Unilever, which is one of its oldest and most serious rivals trade at almost even rates, while three years ago Nestlé traded at 10% more than Unilever. The difficulties, which the company is going through are due also to the fact that Nestlé is quite a big company, and this makes its sales growth target a lot harder to achieve. Only to compare, it is about 1.5 times bigger than Pepsi, and 2 times bigger than Coca-Cola company.

That is the reason why some analysts believe that Nestlé must become more focused on higher-margin opportunities in order to regain its previous success. For example, Nomuras analyst David Hayes said: “Over the past 10 years, Nestlés success has come from driving up efficiency, and from geographic expansion. But they are coming to a more limited point of what they can achieve on both these fronts, and so it makes sense for them to diversify into other areas.”

The chief Executive Officer of the company – Paul Bulcke, who is also a Member of the Board of Directors of Nestlé unwillingly confessed for the companys poor performance in August and promised to sell off the businesses that have shown bad results. In November, the company sold at a lost one of these businesses to a US private equity group. And no matter the company has repeated its mantra of “nutrition, health and wellness”, the results concerning the healthy eating business do not seem quite satisfactory.

As a matter of fact, Paul Bulcke seem rather willing to push the company in a health science experiment. Lets not forget the fact that more than ten years ago Nestlé invested 500 million swiss francs in its Institute of Health Sciences, which opened last years in Lausanne. The Institute is focused on the development of special products, which will be suitable for dealing with health problems such as diabetes, obesity and various cardiovascular diseases.

Unfortunately, this is quite an ambitious enterprise, which opportunities are rather hard to predict. Nevertheless, many analysts believe that moving into such higher margin activities is wise, considering the situation. On the other hand, Nestlé is very likely to manage, given the size and resources of the company. One thing is for sure – only time can tell what the outcome of this undergoing will be.