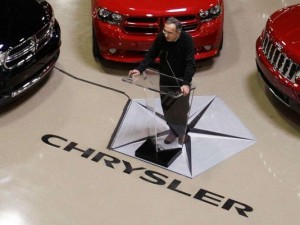 The awaited IPO listing of Fiats US unit Chrysler will not take place until next year, the Italian car-maker said on Monday, prolonging the uncertainty over its chances of buying out the rest of the company.

The delay assures more breathing space for Sergio Marchionne, chief executive of both Fiat and Chrysler, to agree on a price for Chrysler with the United Auto Workers’ healthcare trust, Veba, which owns a minority stake in the company. Fiat owns 58.5% of Chryslers shares, with the remaining 41.5% held by the union trust fund that pays health care bills for blue-collar retirees.

Chryslers board of directors said “it will not be practicable for Chrysler Group to launch and complete an initial public offering prior to the end of 2013,” Fiat said in a statement. The company said it would probably resume to work toward an IPO in the first quarter of 2014, but added it would conform with recent market conditions.

In a regulatory filing late Monday, Chrysler said it intended to list its shares on the New York Stock Exchange under the symbol “CGC.” The company also added five underwriters, including Bank of America Merrill Lynch, which with JP Morgan Chase & Co, will lead the IPO.

According to an anonymous source cited by Financial Times a failure to resolve a routine tax issue had contributed to the delay. The Chrysler IPO process is already far from standard procedure because Marchionne has publicly said an IPO would undermine his plans to merge the two companies. But his inability to secure a deal with the UAW trust fund made an IPO impossible to avoid.

According to the Wall Street Journal, Chrysler expects to raise between $1.5 billion and $2 billion in the IPO. Based on the 16.6% stake that the trust has demanded the company register for the IPO, this would value the U.S. firm between $9 billion and $12 billion.

Chrysler earned $464 million last quarter on US sales of the Ram pickup and Jeep Grand Cherokee, wrapping up its ninth-straight profitable quarter. The results lifted up Fiat, which earned $260 million in the third quarter as without Chryslers contribution, Fiat would have lost $340 million.