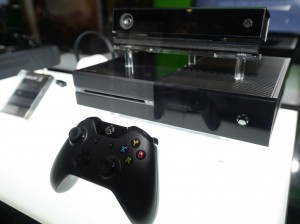 Microsoft answered the challenge posed by Sony and have sold over 1 million of its new Xbox One game consoles within 24 hours of their intro to the US market on Friday.

The new console, which launched in 13 countries, while PS4 was concentrated on fewer markets, set a record for first-day Xbox sales and is currently sold out at most retailers, Microsoft said in a statement.

Sony Corp. sold more than 1 million PlayStation 4 consoles just in North America during the first 24 hours of sales. The record sales, which top analyst predictions, come after Chief Executive Officer Kazuo Hirai announced intention to position the video-game console as a centrepiece of a corporate turnaround strategy. Pressure has intensified on Hirai after the company last month disappointed investors by reporting a second-quarter loss.

Microsoft is locked in a console war with Sony this holiday season. The software giant hopes the Xbox One to attract also a broader consumer base of TV fans and music lovers with its interactive entertainment features and media apps.

“We are working hard to create more Xbox One consoles,” said Yusuf Mehdi, corporate vice president of marketing and strategy at Xbox.

The two companies are competing for market share while trying to revive a console market that shrank 32% to $13.3 billion from 2008 to 2012, according to market researcher NPD Group. Both are offering machines with upgraded graphics although technically speaking PS4 has the upper hand in delivering more graphic power for the buck. The Xbox One sells for $499, while the PlayStation 4 is offered for $399.

GameStop Corp., the largest retailer of video games, said this week that 2.3 million customers are on its waiting list for new consoles from Sony and Microsoft.

“We expect that the launches of Microsoft’s Xbox One and Sony PS4 will continue to fuel consumer excitement and spending for games heading into the holiday season,” NPD said in a statement.