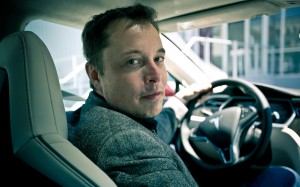 Tesla Motors Inc., the electric-car maker under an investigation by US auto regulators, is seeking to solve issues on its model S car as fixing its software to prevent what could lead to expensive upgrades and longer-term damage to the image of the company.

Chief Executive Officer Elon Musk said yesterday on his blog that the company made a software adjustment to its Model S sedan so it won’t ride as low to the ground at highway speed, reducing the risk of battery packs being punctured and catching fire after hitting objects in the road. His remarks preceded a National Highway Traffic Safety Administration statement that it would investigate the Model S over two such fires.

In case regulators are not satisfied by the proposition the CEO made, they may push the car-maker to install a massive barrier of aluminum or a stronger metal in the Model S’s undercarriage where the problem occurred. That would be much more costly and may undermine Tesla’s claim to sell the safest US car.

Tesla’s software upgrade is “very benign” in terms of cost and production disruption, and probably will be acceptable to NHTSA, Rod Lache, an analyst at Deutsche Bank, said in a note, cited by Bloomberg.

Musk predicted last week that there would definitely be no recall. In posts on Twitter, he has criticized media coverage and pointed out fires have been much more prevalent in gasoline-powered cars.

He said on his blog yesterday that the company asked National Highway Traffic Safety Administration to start the investigation, which agency Administrator David Strickland disputed in remarks to reporters in Washington. Both said the investigation began November 15 as they disagreed on who acted first.

The 12 analysts polled by CNN Money offering 12-month price forecasts for Tesla Motors Inc have a median target of 170.00, with a high estimate of 230.00 and a low estimate of 45.00. The median estimate represents a 34.82% increase from the last price of 126.09. The current consensus among 15 polled investment analysts is to buy stock in Tesla Motors Inc.