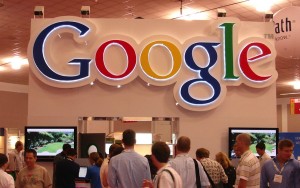 Google Inc. is opening showrooms in six U.S. cities, in order to promote its latest products and stepping up retail efforts against Apple Inc. and Microsoft Corp. as the year-end holiday shopping season has already started. The showrooms will open in New York, Washington, Chicago, Los Angeles, Sacramento, and Paramus, NJ.

The project is named Winter Wonderlabs, and the outlets feature products such as Nexus 7 tablets, Chromebook computers and Chromecast video-streaming devices, the company said on a new website yesterday. Consumers can preview the gadgets at the shops and then order online. The stores also include special entertainment for customers such as a large snow globe that lets customers take videos of themselves, under the fake snow.

“The Winter Wonderlab is a fun and interactive way to experience all of Google’s new gadgets in one place,” the company said on a new website that was rolled out Sunday.

The operator of the world’s most-popular search engine is investing more resources to secure its position in hardware after following Intel Corp. this year in rolling out showrooms to promote products. Microsoft has opened almost 50 stores after Apple found success with its retail outlets, where customers can purchase iPhones, iPads and Macs and also learn more about using the devices.

Googles new website for the stores doesnt mention whether these showrooms will continue to exist after the upcoming winter holiday season.