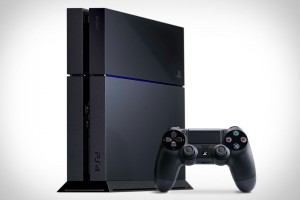 Sony presents to the market The PlayStation 4 console at the right moment for the company as it desperately needs sales boost. Chief Executive Officer Kazuo Hirai, who has made the video-game console the centerpiece of a revised corporate strategy, needs the introduction to pass smoothly.

“Gamers are tired of that PS3 that theyve had for six or seven years, and they’re ready to buy a new one,” Michael Pachter, an analyst with Wedbush Securities in Los Angeles, said this week on a webcast for Bloomberg. “Especially given that the Xbox One costs 100 bucks more, I think that you’youve got to give Sony a nod for faster out of the gate.”

Sony set competitive pricing for the PS4, with a price tag $100 cheaper than Xbox One. Sony CEO Kazuo Hirai has declared the game console as one of the three pillars the company will rebuild itself on, along with mobile and digital imaging.

Sony is betting to newer, faster type of memory that could contribute to better graphics and help win over hardcore game players. The company also will benefit from efforts to attract independent developers, according to Andrew House, head of Sony’s worldwide game operation. The promotional video features two gamers competing against each other while being the main heroes of top title games, singing Lou Reed’s “Perfect Day”.

Sony and Microsoft are responding to shifts in the video-game industry, especially the loss of players to tablets and mobile phones. To spur sales, Sony and Microsoft are offering powerful Web-connected consoles capable of delivering games and entertainment, such as TV, films and music. It could be said PS4 and Xbox One are multimedia devices, rather than just gaming consoles.

“It represents a very large opportunity, not just for PlayStation but for Sony overall, to create in essence our own entertainment community,” House said in an interview. “Until now, we didnt have a large networked consumer base.”

Within 12 months, Sony will begin implementing original programming to the PS4 – material owned by company’s entertainment divisions. It will also offer free indie games with PlayStation Plus.

Sony will begin selling some of the players from the hotel starting at midnight New York time. The PS4 will be available in 31 other countries by January and will go on sale in Japan on February 22.

To attract even more fans, Sony will give PS4 buyers in the U.S. and Canada a $10 Sony Entertainment Network wallet credit, a 30-day free PlayStation Plus trial, and a 30-day free Music Unlimited service trial.

Over the long-term, analysts forecast sales of as many as 120 million PS4 players, compared with 100 million for the Xbox One and 30 million for Nintendo’s Wii U.