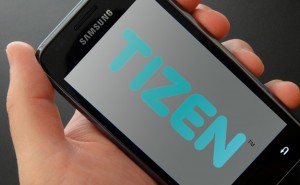 The consolidation of global technological companies in the last few years reflects trends such as companies tend to cut supply chain as for an example to produce their own software. Apple has always made its own operating system for the iPhone. Google Inc. acquired Motorola Mobility in 2011 and Microsoft Corp. announced in September its plan to buy Nokia Corp., leaving Samsung the only major player in the smartphone market that does not make its own operating system.

The first developer conference in Asia for Tizen wrapped up Tuesday after a two-day run, bringing together app developers and Tizen backers from Samsung, Intel and mobile operators.

Samsung did not announce a Tizen phone yet, but it motivates developers to create apps for the mobile operating system that is yet to be seen in the market. Samsung promised to give out $4 million cash to the creators of the best Tizen apps.

Samsung strategy to choose Googles free-of-charge operating system served the electronics maker well and the company has risen to top smartphone seller also pushing Android to become the most used mobile platform in the world. According to statistics, 63% of all Android mobile devices in use are made by Samsung.

However, while Samsung was wildly successful with selling its Galaxy phones and tablets, it failed in locking Galaxy device users into music, messaging and other Samsung services. Instead, Google, benefited from more people using its search service, Google Play app and other Google mobile applications on Galaxy smartphones.

“With only hardware, its influence is limited,” said Kang Yeen-kyu, an associate research fellow at state-run Korea Information Society Development Institute. “Samsungs goal is to establish an ecosystem centered on Samsung.”

Samsung said earlier this year the first Tizen phone would be available on the market this fall but it has not appeared. According to analysts Samsung is unlikely to reveal the first Tizen device until February of next year, when the company said it will announce winners of its Tizen app contest.

Tizen would work on vast range of consumer electronics made by Samsung, encompassing mobile devices, televisions, fridges as well as wearable devices. The mobile operating system will also work with automobiles. Samsung and Intel said Toyota Motor Corp. and Jaguar Land Rover are working together to bring Tizen OS to vehicles.

Samsung shares rose 0.35% today while advancing more than 5.5% on a yearly basis.