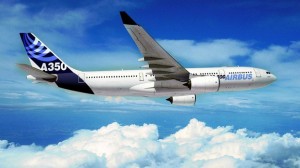 European Aeronautic Defence and Space Company (EADS) reported a strong increase in profit for the third quarter of 2013 compared to same quarter last year, as it declared that development of the European aerospace group’s new A350 passenger jet was progressing as planned.

However, EADS third quarter earnings narrowly missed expectations but the company raised its aircraft orders for the year to reflect improved market demand. The aircraft maker also warned it would have negative free cash flow of 1.5 billion euros in 2013, saying this would reflect investment in raising output of its products and development programs. The group said earlier it had been targeting break-even point of free cash flow.

Tom Enders, chief executive, said the group’s improvement in revenue and profit during 2013 was mainly due to the performance of Airbus, the aircraft maker which is experiencing better-than-forecast demand.

“However, we have significant challenges ahead of us, particularly with respect to cash generation and to the A350 . . . program, which has entered the next critical phase,” he added.

EADS issued Airbus guidance till the end of the year with orders topping estimates at 1,200 in 2013. Previously, Airbus had been targeting orders for more than 1,000 aircraft, but it has won significant contracts, such as October’s deal to supply jets to Japan Airlines for the first time.

The aicraft company shared expectations the world economy and air traffic would grow in line with prevailing independent forecasts.