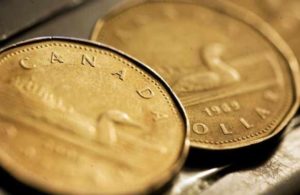 US dollar rose to session highs against its Canadian counterpart on Tuesday after the release of a report to show that activity in the sector of services in the United States increased at a faster than projected pace in October.

According to data by the Institute for Supply Management (ISM), the non-manufacturing PMI for the United States climbed to a reading of 55.4 in October from 54.4 in September, while preliminary estimates pointed a slow down to 54.0 in October. Values above the key level of 50.0 are usually considered as an indication that activity in the sector has expanded. Among a total of 18 industrial sectors in the US, closely watched by the ISM, 12 registered a positive development in October. A month ago, the number of well-developing sectors was 11. The index gauges the performance of industries, which range from utilities and retail to health care, housing and finance and comprise almost 90% of the US economy. According to the ISM, the sub-index of new orders in the service industries dropped to a value of 56.8 in October from 59.6 in September. The overall result indicated that business entities in the country were looking beyond the political impasse that led to 16 days of partial government shutdown.

Meanwhile, Statistics Canada is expected to report on November 6th that building permits in the country rose 6% in September, while on November 8th a separate report will show employment probably increased by 11 000 in October, according to median estimate of experts in surveys by Bloomberg News. At the same time, Canadian unemployment rate probably increased to 7.0% in October from 6.9% a month ago.

On Thursday last week Canadian dollar received a boost against major peers, after it became clear that nation’s Gross Domestic Product grew 0.3% in August on a monthly basis, exceeding the expected 0.1% gain.

“Last week’s monthly GDP surprise caught everyone by surprise and I think it’s made this market second-guess the valuation of the loonie and that perhaps it might have been sold too aggressively,” said Brad Schruder, director of foreign exchange at Bank of Montreal, by phone from Toronto, cited by Bloomberg News. “If that data comes in positive, the hypothesis based on what the Bank of Canada told us comes into question.”