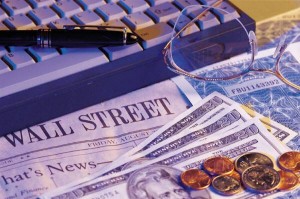 US equities rose, sending Standard & Poors 500 Index close to record levels as the benchmark index continues to increase for a second day as investors weighted the effect of factory orders data to assess economy condition amid positive corporate earnings.

“The economy is like a freight train that is slowly gaining momentum,” said Dan Veru, chief investment officer at Palisade Capital Management, with $4.5 billion in assets under management. “If youre an equity investor, thats in the just right category because it doesnt put upward pressure on bond yields.”

Amid 75% of the S&P 500 companies having already reported third-quarter earnings, profits are in line of year-over-year growth of 3.1%, according to FactSet. That is slightly above expectations of 3% earnings growth.

“Its progress, not perfection,” said for The Wall Street Journal, John Stoltzfus, chief market strategist at Oppenheimer Asset Management. “Earnings have given some justification for the markets recent moves.”

St. Louis Fed President James Bullard defined it as “certainly possible” that the Fed would reduce bond purchases after its next meeting ending December 18 if the labor market continues to show improvement and inflation ticks up. Dallas Fed President Richard Fisher affirmed his opinion that the Fed could start paring stimulus sooner than expected.

In corporate news, BlackBerry retreated more than 16% after the company abandoned its plans to be taken private, saying instead that it raised $1 billion through the issuance of convertible debt. CEO Thorsten Heins will step down and resign from the board of directors.

Merck, the second largest drug-maker soared 1% after an experimental vaccine showed promise in providing broader protection against a cancer-causing virus than the companys Gardasil shot.