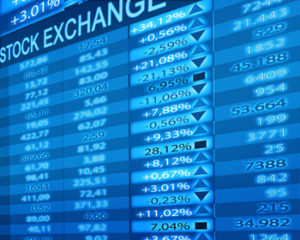 “We now know that the U.S. economic recovery will be slower and more protracted,” Jonathan Aldrich-Blake, who helps oversee about $11 billion at Ashburton Investments, said by phone to Bloomberg. “Still, the market has proved it can get past quite a few headwinds. Recent data seems to have pushed the recovery further out, but these are just a few hiccups along the way. It may be hard to see more of a rating improvement in the market now, and we need earnings to support valuations.”

An ISM manufacturing report is due at 10 a.m. New York time which may show manufacturing output expanded at a slower pace in October, economists forecast.

Auto makers shoul release October sales figures. General Motors Co. sales are projected to rise 10% to 215,274 vehicles and Ford Motor Co. sales are estimated to jump 15.5% to 193,988 units, according to Edmunds.coms report. Overall car sales are forecast to climb to 15.4 million in October from 15.2 million in September, according to a MarketWatch poll.

Tower International Inc. which produces metal components for the automotive industry, sank 4.8% to $20.20 after saying an affiliate of Cerberus Capital Management LP plans to sell about 2.6 million shares in the company.