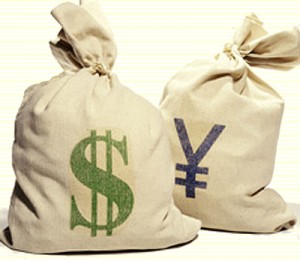 US dollar concluded the week ending on October 13th on higher levels against the Japanese yen amid prospects of an approaching aggrement on the US budget impasse before the deadline date, on which, according to the US Treasury, the nation will lose authority to pay its debt obligations.

The budget debate between US President Barack Obama and Republican leaders, who control the House of Representatives has idled hundreds of thousands of government workers and has led to an already 13-day government shutdown, while the country was put at risk of a historic debt default, unless the debt ceiling is raised. Barack Obama and his Republican opponents are negotiating for a second day on how long to extend the debt limit, with Republicans proposing to confine the extension to six weeks. With the deal on the US budget matter seen closer on the horizon by market players, the safe haven demand for the Japanese yen was put under pressure.

At the same time, there were already concerns what would the potential impact over US economy be and whether this would urge the Federal Reserve Bank to postpone its intentions of scaling back the monthly pace of its quantitative easing.

As a result of the political deadlock in Washington and the partial government shutdown a number of vital economic reports from the United States have not been released during the past almost two weeks. Among the expected string of data out of the United States on Friday, the consumer confidence index was the only indicator actually reported.

The preliminary value of the index, gauging consumer confidence in the United States, evaluated by the University of Michigan in cooperation with Thomson Reuters, decreased to 75.2 in October, marking its lowest point since January this year. During late September the final value of this indicator stood at 77.5. Experts had projected that the confidence gauge will remain almost unchanged.

Meanwhile, during the upcoming week the political developments in the United States would probably continue to be in markets focus. On Monday (October 14th) markets in Japan and the United States are expected to remain closed due to national holidays in both countries.

On Tuesday (October 15th) Japan will release a report on the final value of the index, gauging nations industrial production, while the United States will publish data on the New York Empire manufacturing index.

On Thursday (October 17th) the United States will release its weekly report on initial jobless claims, followed by the results of a monthly business survey of manufacturers in the third Fed region, Philadelphia.

There are no relevant events, scheduled on Wednesday and Friday, that could influence the USD/JPY cross.