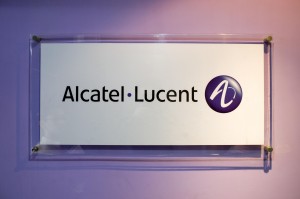 Alcatel-Lucent SA plans to reduce staff by 10,000 as Chief Executive Officer Michel Combes implements strategy with cost cuts to turn around the unprofitable network-equipment maker, two people with knowledge of the matter said.

The cuts would represent about 14% of Alcatel-Lucent’s workforce worldwide. The equipment maker will reduce its staff by about 15,000 jobs by 2015, although it will also create 5,000 new jobs in areas that it has singled out as the future of the revamped French group.

About 900 of the lay-offs would be in France, which is likely to cause concern among the domestic labor unions, with the expected closure of sites at Rennes and Toulouse, according to reports in Les Échos and Le Figaro. An additional 3,800 job cuts will be made in Asia, and 2,100 will go from its Americas operations.

“This is something Alcatel needed to do,” said for Bloomberg, Eric Beaudet, an analyst at Natixis Securities in Paris, who recommends buying Alcatel-Lucent shares. “The magnitude of the plan is big and shows the management’s resolve in rapidly executing its turnaround.”

A smaller organization could make Alcatel-Lucent more attractive target for an acquirer. Nokia, set to become a manufacturer focusing on wireless networks after the sale of its handset business, is exploring a possible linkage with Alcatel-Lucent, people with knowledge of the matter said last month according to Bloomberg.

Michel Combes joined Alcatel-Lucent as chief executive earlier this year, and has already revealed the broad outline of the turnround strategy, although he previously declined to specify the depth of the job losses that will come as a result.

On Monday, Mr Combes met Fleur Pellerin, French minister for digital industries, apparently to brief her on the plan. The Socialist government has sought to support Alcatel in what is seen as a last-resort effort to save the company.

Growing competition from Asian rivals Huawei and ZTE Corp. has pressed on Alcatel-Lucent, which was formed in the 2006 merger of French-based Alcatel SA and American company Lucent Technologies.

Combes stated he would sell assets to raise 1 billion euros and reduce expenses by another 1 billion euros. The company, which has lost more than $10 billion since it was created, is also in talks with more potential research partners which could become Alcatel shareholders. Qualcomm Inc. has already agreed to buy a minority stake.

The current consensus among 32 polled by CNN Money investment analysts is to “hold” stock in Alcatel Lucent SA. This rating was downgraded from a “buy” rating.

Companys shares have been up more than 175% year-to date.