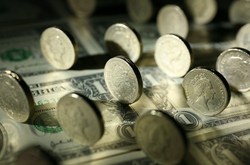 British pound traded steadily in proximity to nine-month highs against the US dollar on Wednesday, following the release of construction PMI data out of the United Kingdom, which showed a certain slow down in activity.

The Chartered Institute of Purchasing and Supply (CIPS) reported earlier on Wednesday that the index, gauging activity in the sector of construction in the United Kingdom, demonstrated a slight slow down in September, reaching a value of 58.9, after it stood at 59.1 in August, or the highest in six years. Preliminary estimates pointed an advance to 60.0. This data implied that confidence in the sector continued to increase, while optimism among business entities rose to its highest level since April 2010. The sub-index of new orders registered a fifth month of increase, which suggested that demand in the sector was rising. The index, gauging employment in the sector, advanced for the fourth consecutive month in September.

This data was released a day after the CIPS said that the index of manufacturing activity in the country also slowed down in September, to a reading of 56.7 from 57.1 in August, while experts had anticipated that the index will increase its value to 57.5. Values above the key level of 50.0 are usually considered as an indication that activity in the sector has expanded.

Meanwhile, the US dollar came under pressure, as concerns appeared that the first government shutdown in 17 years may pose a threat to economic recovery and this could urge the Federal Reserve Bank to maintain the pace of its monetary stimulus for a longer period than expected. Treasury Secretary Jacob Lew urged the US Congress to extend country’s borrowing authority “immediately,” in a letter addressed to House Speaker John Boehner yesterday. According to Lew, the United States has begun using the final extraordinary measures to prevent a breach of the debt ceiling, as he again said that measures might be exhausted no later than October 17th.