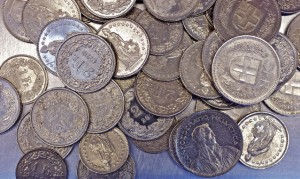 US dollar declined to its lowest point in 19 months against the Swiss franc on Tuesday, as the partial shutdown of the US government fueled concerns that the Federal Reserve Bank will continue the course of an eased monetary policy.

US government began a partial shutdown today, after policymakers’ debate regarding the budget and President Obama’s healthcare law did not come to an agreement about the endorsement of the new fiscal year funding, starting today. Such a shutdown would cost the United States at least 300 million US per day in lost economic output at the start, according to IHS Inc. That’s a fraction of the country’s 15.7-trillion-USD economy, and the effects probably will grow over time. This was the first government shutdown since 1996.

“The market is anticipating that a shutdown means the Federal Reserve will also maintain its easy policy stance for longer because of the risks to the U.S. economy,” said Greg Gibbs, a senior currency strategist at Royal Bank of Scotland Group Plc in Singapore, cited by Bloomberg. “We are seeing some strength in the European currencies and a bit of weakness in the U.S. dollar.”

Meanwhile, the Schweizerischer Verband für Materialwirtschaft und Einkauf (SVME) said that its manufacturing PMI for Switzerland came in at 55.3 in September from a reading of 54.6 in August, while projections pointed a lesser advance, to 54.9. Values above the key level of 50.0 are usually an indication that manufacturing activity has expanded.