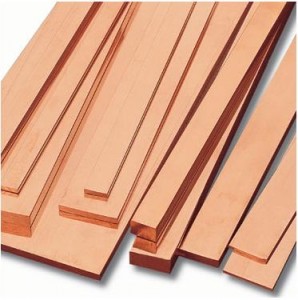 Copper fell on Monday amid concern that a possible partial government shutdown might impair the U.S. and global economys recovery pace. A smaller than expected expansion of Chinas manufacturing sector also pressured prices.

On the Comex division of the New York Mercantile Exchange, copper futures for December settlement fell by 0.11% to $3.326 per pound at 9:03 GMT. Prices held in range between days high of $3.339, the strongest level since September 20, and low at $3.294 per pound. The industrial metal rose on Friday and settled the week 0.47% higher, extending its quarterly advance to 7.8% so far.

Copper fell on Monday with the upcoming deadline for voting on the U.S. budget falling in investors focus. The House of Representatives voted on Sunday to stop many of the central provisions of the Affordable Care Act for a year, the so-called Obamacare, and tied it to an extension of government funding. Meanwhile, both the White House and the Democratic-controlled Senate said they will not support any budget that defunds or amends the act.

If the bill gets rejected today, the government could be shut starting tomorrow. This could cut the U.S. fourth-quarter economic growth by as much as 1.4% due to the lost output from furloughed workers, while essential operations and dedicated funded programs will continue.

Kazuhiko Saito, an analyst at commodities broker Fujitomi Co. in Tokyo, said for Bloomberg: “The U.S. budget concern put downward pressure on most markets. The market also remained subdued as demand will slow during the Chinese holidays.” Markets in China will be closed between October 1 and October 7 for the Golden Week holiday.

The metal was also pressured as a private survey by HSBC and Markit Economics showed that the Chinese manufacturing sector expanded less in September than initially estimated earlier in the month. The HSBC Purchasing Managers’ Index remained broadly unchanged from August’s 50.1 but underperformed both the preliminary reading and analysts’ expectations for a surge to 51.2. Nevertheless, this still marked and improvement after July’s 11-month low. Levels above the neutral level of 50 mark an expansion in the respective sector.

According to the report, output “across the Chinese manufacturing sector expanded for the second successive month in September, though the rate of growth slowed to a fractional pace. Furthermore, growth of new work was unchanged from the previous month and only slight. Nonetheless, new business from overseas increased for the first time in six months (albeit marginally), with panellists citing stronger demand from client bases in Europe and the US.”

The Chinese National Bureau of Statistics will release its own report on Tuesday. According to analysts projections, the government agency will likely say that the countrys manufacturing sector activity rose to 51.5 in September, up from 51.0 in August.