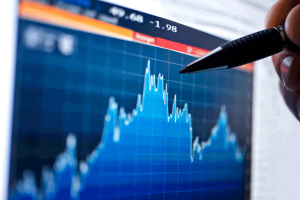 US stocks retreated last week for the most significant decline since June as positive data on trade and service industries triggered concerns of Fed tapering its stimulus program.

“There is still plenty of skepticism and anxiety in the market,” Hank Smith, who works as chief investment officer at Radnor, Pennsylvania-based Haverford Trust Co., said by phone for Bloomberg yesterday. “The uncertainty of when will the Fed taper? How much will they taper?” he said. “The market has come a long way this year. It will be interesting to see if investors take advantage of this pullback as they did clearly in the pullback in May-June.”

Investors have turned their attention to economic indicators in order to predict whether Fed is going to reduce its bond purchasing program as soon as this September. Charles Evans, Sandra Pianalto and Richard Fisher, regional Fed presidents in Chicago, Cleveland and Dallas, said during the week that the central bank may be closer to tapering as the labor market recovers. Fed stimulus has helped propel the S&P 500 up more than 150% from its bear-market low in 2009.

Last Tuesday US trade deficit narrowed in June to the smallest in almost four years, service industries expanded in July at the fastest pace in five months, and Thursdays jobless claims fell to the lowest monthly rate since before the recession.

This week producer and consumer price indexes are due to be reported accompanied with housing data and Federal officials statements which are expected to shed some light to whether Fed is convinced by positive economic data.

Earnings season is coming to its end as 449 companies in the S&P 500 have reported quarterly results so far. Among them, 72% have exceeded analysts’ profit estimates and 56% have beaten sales projections.

JP Morgan slid 3.5% $54.52. The biggest U.S. bank said it’s under federal criminal investigation for practices related to sales of mortgage-backed bonds. The Justice Department’s civil division found in May that sales practices broke civil laws after it examined some securities tied to loans sold to investors from 2005 through 2007.

Bank of America saw a decrease of its shares by 2.6% to $14.45. The Department of Justice accused the company in a lawsuit of misleading investors about the quality of loans tied to $850 million in mortgage-backed securities.