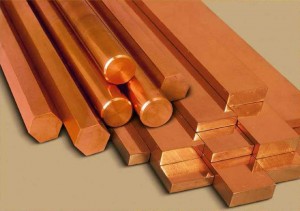 Copper rebounded on Wednesday after falling for five straight days to hit a one-month low on Wednesday. Copper was supported by prospects of increased demand in its third largest consumer, the European Union. Positive CPI readings throughout the EU, improving labor market in Great Britain and Industrial Production in the Euro zone that exceeded expectations improved demand outlook for the industrial metal. Dollar lost positions versus its European counterparts, which also boosted coppers appeal as an alternative investment and made it cheaper for foreign currency holders.

Apart from other factors, like demand concerns from China, the worlds biggest copper consumer, the industrial metal was also pressured by monetary stimulus outlook in the U.S. and Japan. Japan’s central bank, Bank of Japan, took a decision yesterday not to expand its monetary stimulus further. BoJ stuck to its April position to increase the monetary base by 60 trillion to 70 trillion yen a year. This spurred speculation whether the U.S. central bank will follow up and reduce its own bond purchases.

Ben Bernanke, Fed chairman, said Fed’s monetary stimulus could be scaled back if the U.S. labor market showed stable improvement. According to a Bloomberg survey of economists last week, the U.S. central bank will reduce its monetary easing program to $65 billion a month in October.

Dollar-priced commodities were pressured this week as positive U.S. labor data, published on Friday, sighted the U.S. economy has created more jobs than expected. Also, on Monday Standard & Poor’s upgraded the U.S. credit rating from AA+ negative to stable, one notch below the highest AAA rating, which the country had two years ago. This spurred speculations whether Fed will scale back or even completely shut its monetary easing program earlier than expected.

Copper prices fell further as Chinas economy performed worse last month, according to data published during the weekend. China’s industrial output mismatched expectations and rose 9.2% in May, below forecasts. Factory-gate prices dropped for a fifteenth straight month. Chinese exports jumped by only 1% in May and shipments to the U.S. and European Union, the Asian nation’s two biggest export targets, declined for a third straight month. China’s imports were projected to gain 6% but official figures strayed well below and showed a 0.3% decrease, marking a ten-month low.

Consumer inflation shrank to 2.1%, mismatching a 2.9% forecast and Producer Price Index (PPI) tumbled 2.9%, above expectations of a 2.5% decrease. The M2 money supply jumped 15.8%, missing 15.9% expectation. Retail Sales met projections of a 12.9% gain and so did Industrial Production with a 9.2% increase on an annual basis.

News about expansion or contraction of the Chinese economy tend to cause significant fluctuations in copper prices as the metal is widely used in the countrys industrial production and China accounts for 40% of the global copper consumption.