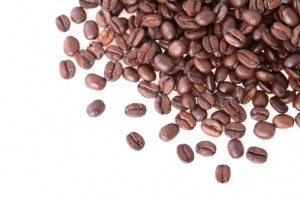 Coffee harvest in the worlds biggest producer and exporter, Brazil, is going to pick up the pace after it stalled due to unfavorable wet weather. According to a Somar Meteoroligia report, growing areas will get dry weather for a long period after June 5, following substantial rain in the beginning of the month. Brazil is projected to produce 48.6 million bags of coffee in 2013.

Flavour Coffee said in a weekly report yesterday: “Farmers accelerated the picking, taking advantage of this ideal weather, sunny, dry and warm temperatures during day light. he whole Brazilian coffee belt from Parana until Bahia is in full harvesting activities.”

According to the U.S. Department of Agriculture’s report published on Monday, 87% of the nation’s cotton crop was planted during the week ending June 2, compared to 59% in the preceding week. This is also 5% higher than the same week last year and 4% more than the five-year average, which equals to 83%.

Sugar futures for July delivery plunged 0,15% today and traded at $0.1649 a pound at 12:18 GMT. Sugar is going near its lowest level since July 2010 amid sufficient global supply. Sugar prices have been under heavy pressure as farmers in Brazil, the world’s biggest sugar producer and exporter, started to accelerate the sweetener’s harvest. Brazil accounts for 20% of global sugar production and 39% of the sweetener’s export.

The U.S. Department of Agriculture stated in its crop progress report on Monday that as of June 2 100% of the U.S. sugar was planted, compared to 94% the preceding week. It is also higher than the 98% five-year average and the 96% planted the same week last year.