Skip to content
Home  »  Stock News   »   Pfizer Inc.’s share price down, to buy rights to a cancer drug of Merck at the price of $850 million 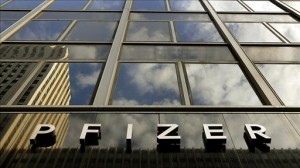 Pfizer Inc. is to pay $850 million for rights to a cancer drug, developed by Merck KGaA. The deal is to grant Pfizer the opportunity to get an experimental treatment such as the one it looked for when it made its takeover bid for Astrazeneca Plc.

Merck made an official statement today saying that the agreement between the companies also includes a clause for Pfizer to pay about $2 billion to Merck in case the drug, known as MSB0010718C meets commercial and regulatory targets.

The Chief Executive Officer of the pharmaceutical unit of Merck, Belén Garijo, said in the statement, cited by the Wall Street Journal: “It is the largest deal in the pharmaceutical industry for a single asset in this stage of development.” He also added that such a transaction “enables Merck to accelerate its entry into the U.S. oncology market”.

The MSB0010718C drug is part of a class of drugs called anti-PD-L1 therapies, which attack the tumors ability to influence the defenses of a patients immune system. This trend in immune-boosting drugs is currently one of the freshest areas in cancer research, which is also why Pfizer is paying attention to it, entering a direct competition with AstraZeneca, while the latter has been oriented towards the area for a while.

Pfizer downgraded its forecast regarding this years earnings as a result of the deal. The company projects earnings within the range of $1.40 and $1.49 per share. In comparison, its previous projection pointed to the range of $1.50 to $1.59.