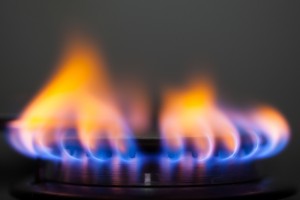 Natural gas futures were soaring during midday trade in Europe today, as warmer weather over high-demand regions in the US suggested higher power demand, inducing a rally for the blue fuel.

“Prices could again be a bit volatile early this week with only a few days left on the September contract as many regions finally experience hot summer temperatures,” analysts at NatGasWeather.com said in a note to clients today. “However, our bias still remains to the downside as weather patterns suggest prices should remain pressured.”

Dropping temperatures in the summer ease cooling demand, which in term lowers overall natural gas consumption, as 30% of all US natgas is burned in power stations, generating electricity for air conditioners, among all other things.

Last weeks official US natgas storage report revealed 88 billion cubic feet (Bcf) were added to inventories in the week through August 15th. The build was larger than the expected 83 Bcf and was almost double the 5-year average gain for the week, while also marking the sixteenth straight week of higher-than-average injections.

This weeks report, which will cover the seven days through August 22nd, is expected to be leaner than the previous builds, though still quite larger than the average. 90+ Bcf builds are forecast to be returning as soon as next week, and triple digits will soon hit markets as well, as analysts agree that inventories will be fully replenished ahead of heating season, which typically starts in November.

NatGasWeather.coms weekly US weather forecast projects high pressure and rising temps across the southern and central US in the next few days. A strong cool blast, however, will track into the central states midweek, considerably easing cooling demand as temps in the Midwest drop 13-20 degrees. The West will see a series of weather systems in the northwest, while California is set for a very hot second half of the week. The eastern states will feel the influence of tropical storm Cristobal, though the system will be drifting safely to the east of the mainland, before cool systems push it further away from the coast. Overall cooling demand will be moderate-to-high in the first half, easing to moderate later on.

New York is set for a sunny and warm day, seasonal temperatures, ranging from 67 to 84 degrees Fahrenheit, according to AccuWeather.com. Readings will be climbing over the following two days, reaching as high as 90 on Wednesday, 9 above the average high for the day. Later on, temps will ease back to average range, with more sun and few clouds. Chicago will have a moody week, with many showers and storms. Temperatures will keep between 73 and 85 degrees, a few above average, before dropping to seasonal tomorrow and a few below normal later on. Temps will climb to average for the weekend.

Down South, Houston will be warmer than normal, temps between 78 and 98 Fahrenheit, several above average. Temps will drop to normal starting tomorrow, as a series of thunderstorms help ease heat stress. Over on the West Coast, Los Angeles will be cooler than normal today, with temperatures ranging 63 to 81 degrees, a few below average. Temps will start climbing tomorrow to stand several above average into the weekend.

Next week is set for cooler than normal temperatures across the central and northern US, while the South remains seasonally warm. Cooling demand will be moderate-to-low.

According to Binary Tribune’s daily analysis, September natural gas futures’ central pivot point stands at $3.854. In case the contract penetrates the first resistance level at $3.879 per million British thermal units, it will encounter next resistance at $3.919. If breached, upside movement will probably attempt to advance to $3.944 per mBtu.

If the energy source drops below its first support level at $3.814 per mBtu, it will next see support at $3.789. If the second key support zone is breached, the power-station fuel’s downward movement may extend to $3.749 per mBtu.