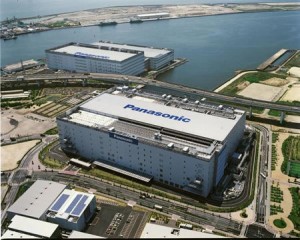 Panasonic is obviously about to sell three of its Japan chip plants to the Israeli TowerJazz company. This was announced by some of Reuthers sources, who are familiar with the negotiations. The sale is expected to happen until the end of the current financial year next March. The actions of the technology giant are part of its efforts to restructure its business and start gaining profit again.

If we have to put this in other words, Kazuhiro Tsuga, who is the President of the Japanese company, has been trying to optimize the units that are unprofitable at the moment, some of which are the units associated with the production of TVs and smartphones. The latter has already underwent through some major restructuring, which lead to tightening the companys work mainly to the business with chips that is also expected to pass through severe changes.

Panasonic is planning to separate the three Japan plants from the companys structure and transfer them under the control of TowerJazz in a new joint venture. The two parts are still negotiating about the Israeli companys shares in the new entity, and also about the number of employees, who are about to be transferred under its wing.

Currently, the three plants in question employ approximately 2,500 employees and are estimated to nearly 416 million dollars by March the 31st, 2013. Of course, Panasonic said that final decision on the separation and sale of production plants in Japane is still not made. After the news, the companys shares on the Tokyo Stock Exchange rose with 3,2% to 11,11 yen per share.

Panasonic, which is one of the main tech giants worldwide, is also negotiating with another company for selling its five factories abroad. They are located in China, Indonesia, Malaysia and Singapore. However, there is still no information for a particular buyer.

Panasonics severe restructuring is due to losses

Just like other Japanese tech companies, such as Sharp and Sony, Panasonic is also facing the powerful competition of the South Korean manufacturers Samsung and LG, which gradually began to gain stronger positions on the electronic market. The companys restructuring costs are about 170 billion yen this year.

Until now, Panasonic has also announced that it leaves the plasma TVs and smartphone business on the market in japan. In November, the company made a forecast for earnings due to some strong sales for industrial customers. In addition, it plans to reduce its employees in the business with chips to 7,000 people by the financial year until the end of March 2015. this will be achieved not only by the sale of the plants in question, but also by proposing early retirement and transfer of employees to other activities.

Shares of Panasonic Corp. rose 2.8% today while being up more than 200% on a one year basis.