The number of startups, qualifying as Unicorns (valued at over $1 bln USD) has grown significantly in the last year and a half. The exact percentage of Unicorn growth in numbers since 01/01/2021 comes to 162% with 707 new unicorns emerging in that period. Up until the end of 2020, the total headcount of the mythical herd was just 436.

Recently researchers at TradingPedia published a comprehensive visual report, where they analyzed the volumes, geographical distribution, density and ownership behind Unicorns. Today we are delving deeper into the data, running additional queries and analysis to get a better understanding of the explosive growth we are witnessing. 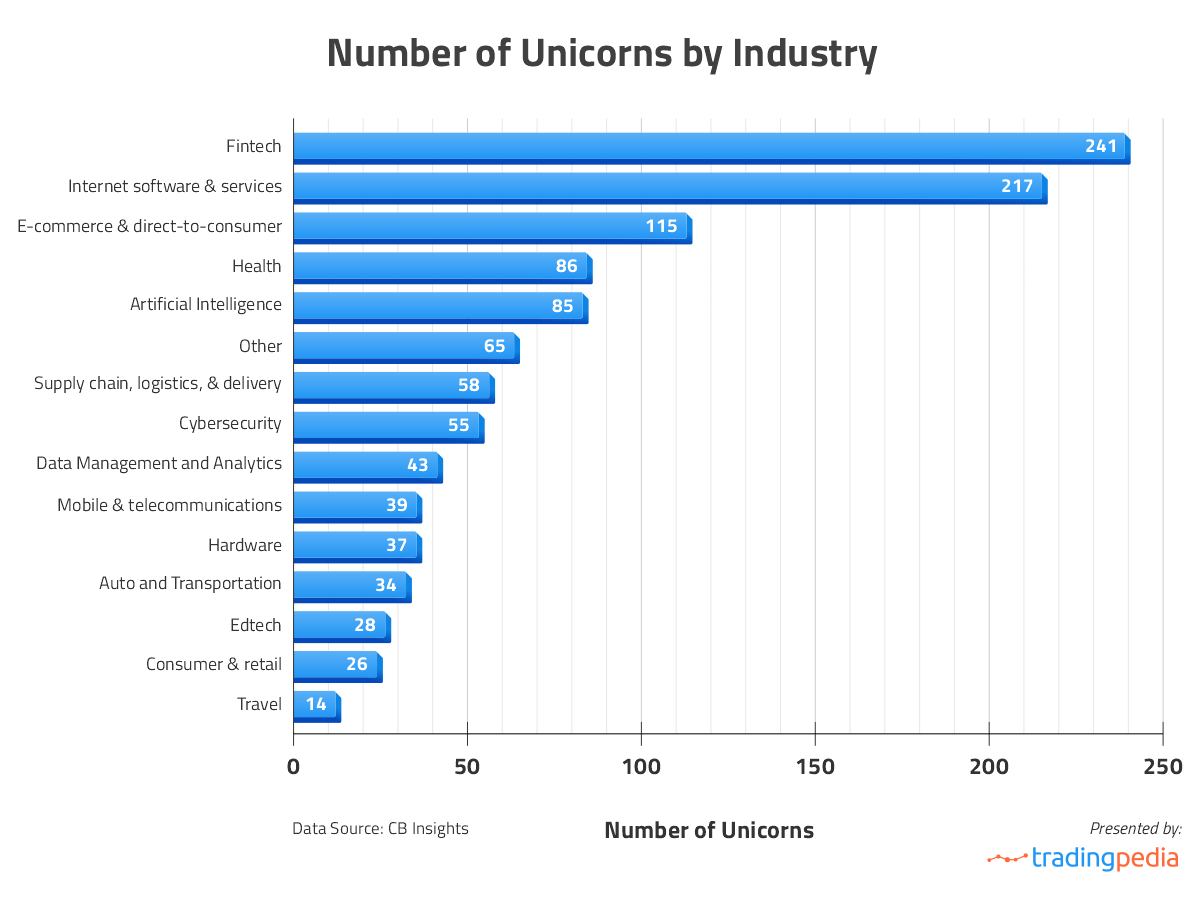 Fintech is the leading industry with 241 Unicorns in total. It is followed by Internet Software and Services with 217 mythical creatures. At number 3 we have E-commerce and direct-to-consumer with 115 Unicorns. As shown in the previous report, Fintech is also leading by total valuation of its startups. However the most fascinating aspect of the Fintech market is the compelling growth of the number of Fintech Unicorns. 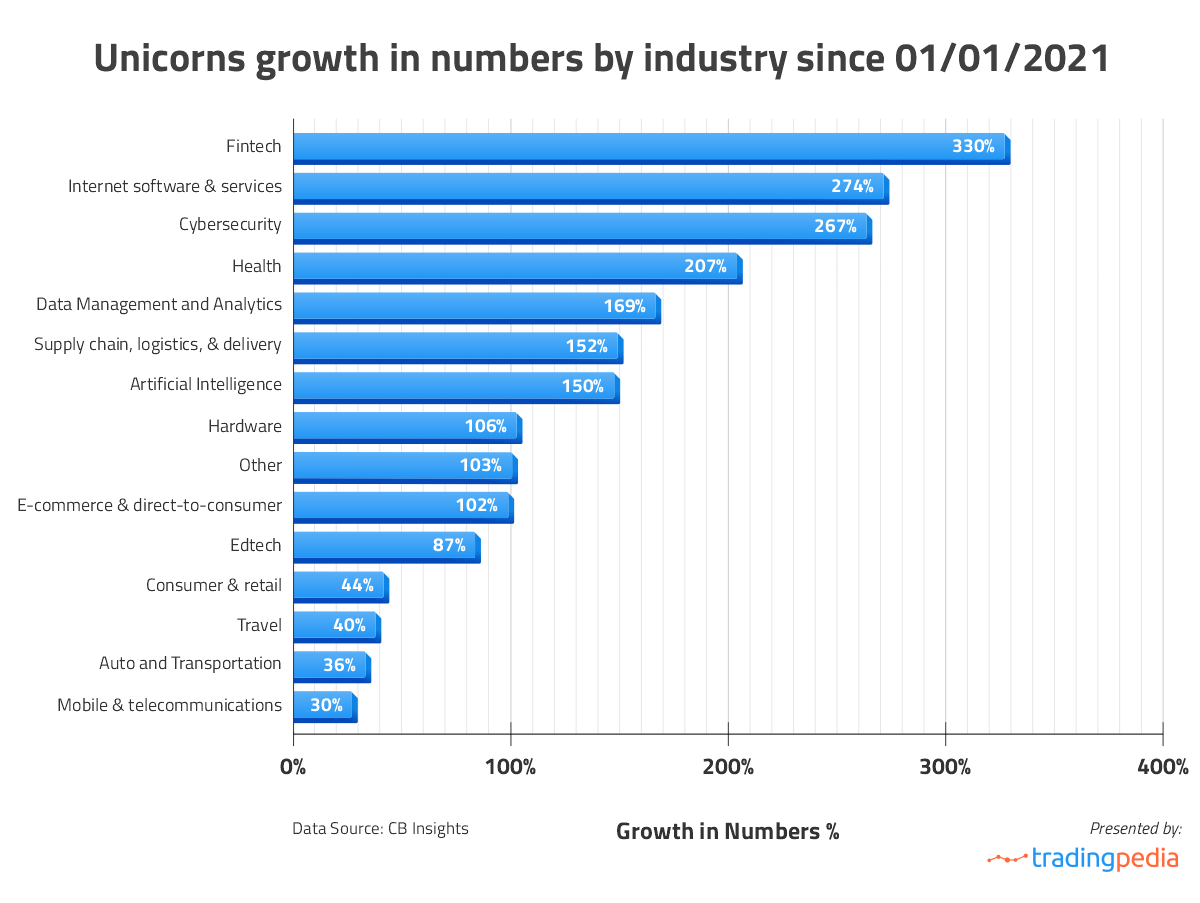 Many other industries also thrived throughout this period. We see Internet Software and Services at number 2 with a massive 274% growth. Number three and four in the list are occupied by Cybersecurity and Health, which both saw an improvement of beyond 200% with 267% and 207% growth in numbers respectively.

“With the unforeseen events of recent years the world became even more reliant on the Internet. That is clearly visible by the fact where most of the venture capital went into in the last 18 months. It comes as no surprise that the first five industries by Unicorn growth in numbers are Fintech, Internet Software & Services, Cyber Security, Health and Big Data in that order. Fintech is the undisputed number 1 with Banks and Decentralized Exchanges competing who will shape the future of digital currencies and finance.”