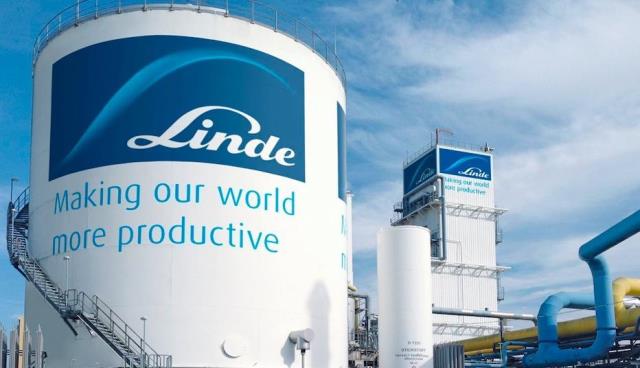 Linde PLC (LIN) said it forecast a 10% to 13% growth in its full-year adjusted earnings per share, as it reported a higher-than-anticipated fourth-quarter profit yesterday.

The company, which supplies gases such as oxygen, nitrogen and hydrogen to factories and hospitals, said it would achieve the EPS objective through higher pricing, strong volumes and productivity initiatives across all business segments.

Linde reported a 14% year-on-year growth in its total sales to $8.3 billion during the October-December period.

Excluding special items, the US-German company earned $2.77 per share during the fourth quarter, which exceeded a consensus of analyst estimates of $2.67 per share.

“The Linde team delivered another quarter of record financial results … while positioning the company for future growth with a contractually secured project backlog of $13 billion,” Linde’s Chief Executive Officer Steve Angel was quoted as saying by Reuters.