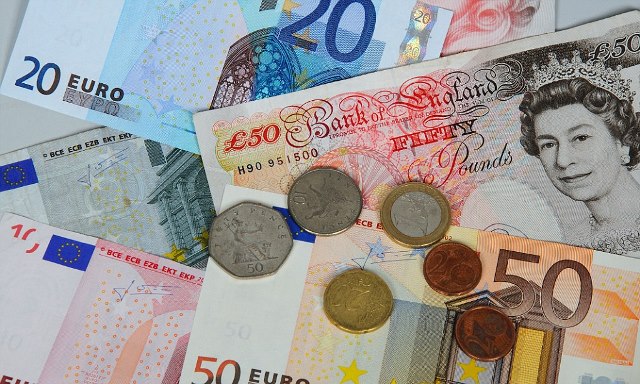 The Office for National Statistics said that the number of people who filed for unemployment benefits rose by 856,500 to 2.097 million in April due to the coronavirus pandemic, or the sharpest monthly increase ever recorded, following a revised down gain of 12,100 claims reported in March. If it was not for the government programme to pay 80% of the wages of employees put on temporary leave, the increase would have been even more considerable.

The rate of unemployment in the UK dropped to 3.9% during the three months to March from 4.0% in the prior three-month period, while analysts on average had expected an increase to 4.4%. The number of unemployed persons went up by 58,000 to 1.35 million, while the number of employed persons grew by 211,000 to the record high 33.14 million. Yet, the data covered only one week of lockdown measures. Some forecasts point to a jobless rate of up to 10% during the April-June period.

Yesterday the single currency received support after Germany and France proposed a EUR 500 billion recovery fund for Europe and also spoke in favor of allowing the European Commission to borrow on global markets to support the fund. Though, a deal has not been finalized yet, analysts considered the announcement as a “strong political signal.”

“Comments from Merkel and Macron show progress towards joint debt issuance in the EU, with measures looking to protect struggling industries via grants as opposed to loans which would merely delay insolvency,” Monex Europe currency analyst Simon Harvey said.

On Tuesday’s macroeconomic front, market players now await the latest results from the ZEW survey. The gauge of economic sentiment in Germany probably rose to a reading of 33.5 in May, according to the median forecast by experts, from 28.2 in April. Last month’s reading was 77.7 points higher compared to the 8-year low recorded in March, while the monthly rate of increase has been the sharpest since the survey was initiated in December 1991.

The ZEW Economic Sentiment index for the whole Euro region went up by 74.7 points to a reading of 25.2 in April, as 53.8% of the surveyed analysts forecast improving economic activity, 28.6% forecast deteriorating economic environment and 17.6% projected no changes in activity. The results from the ZEW (Zentrum fur Europaische Wirtschaftsforschung) survey are to be published at 9:00 GMT.