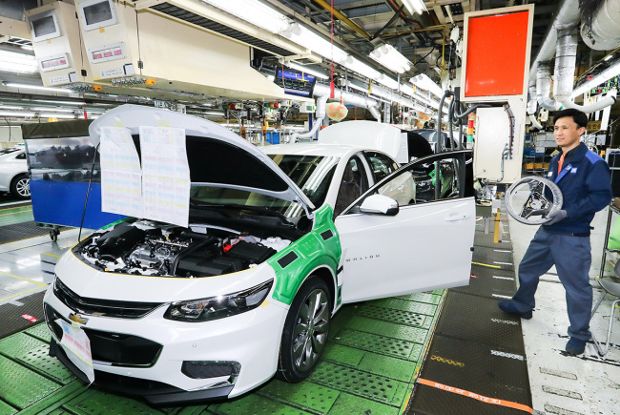 According to a report by Reuters on Friday, General Motors Companys (GM) unit in South Korea reiterated that it should swing to a profit by the year 2019.

At the same time, GM Korea said it intended to invest as much as $2.8 billion in the production of a brand new small sport-utility vehicle and a brand new crossover vehicle, both of which will be offered to local customers and will also be exported to other markets. The unit also announced plans to engineer and produce a fuel-efficient, three-cylinder gasoline engine in the country.

In the week ended on May 13th the shares of the largest vehicle manufacturer in the United States added 0.49% to their market value compared to a week ago, which marked the fifth gain out of seven weeks.

However, due to Fridays drop, the stock has pared its advance to 0.41% so far during the current month, following a 1.10% surge in April. The latter has been the first gain out of three months.

In April, GM had said its South Korean unit could become profitable again in 2019, as plant closures, labor and other efficiencies were meant to help it achieve annual cost cuts of $400 million to $500 million.

On the other hand, the state-run Korea Development Bank (KDB) said last week that GM Korea should return to profitability as early as 2022 through labor cost reductions.

The same media also reported that 12 out of 24 surveyed investment analysts had rated General Motors Company’s stock as “Buy”, while 9 – as “Hold”. On the other hand, 2 analysts had recommended selling the stock.