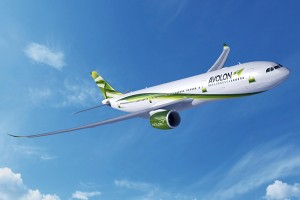 Bohai Leasing, a Shenzhen-listed subsidiary of Chinese aviation and shipping conglomerate HNA Group, will pay $31 per Avolon share in cash, $1 lower than the price the two companies were discussing in August as a result of “significant volatility across global equity markets.”

The agreed deal, with an enterprise value including debt of $7.6 billion, is expected to be completed in the first quarter of 2016. In July, Bohai had agreed to pay $26 per share, or $429 million, for a 20% holding in Dublin-based Avolon but was forced in August to sweeten its offer to $32 per share and opt for the entire capital after an informal rival offer emerged. The competing bid is believed to have been from AVIC Capital, a subsidiary of state-owned Aviation Industry Corp of China, which began talks with the Irish lessor a year ago.

The purchase of US-listed Avolon, which was founded in 2010 and went public last December for $20 per share after takeover talks with potential Asian buyers were dropped, reflects the increased interest in aircraft leasing in Asia as large carriers open more routes at home and overseas but increasingly prefer to conserve money and rent jets, instead of purchasing them.

With China set to overtake the US as the worlds largest domestic aviation market, companies such as Japans Mitsubishi Corp, Bank of China and Industrial & Commercial Bank of China have invested in aircraft leasing or financed more jet deals to expand their exposure to the sector.

Denis Nayden, Avolon chairman, said that the Chinese market offers one of the most compelling growth opportunities in global aviation over the next two decades.

Avolon owns and manages 259 aircraft including orders. It reported a better-than-expected second quarter as net income surged by 133% to $55.6 million from a year earlier on the back of a 38% jump in revenue to $183.9 million.