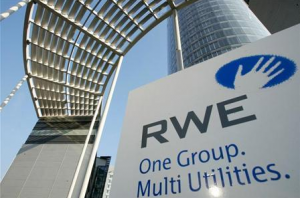 RWE AG, which is the second-largest German electricity and gas company by market value, made an official statement, saying that it has reached an agreement to sell its Dea oil and gas exploration unit to Russian billionaire Mikhail Fridmans LetterOne Energy in a deal amounting to 5.1 billion euros (7.1 billion dollars) including debt. The sale of the unit is considered to be part of RWEs strategy to become more focused on its core power station business.

The Dea unit, which was put up on sale in 2013 as part of the companys attempt to improve its overall financial state by reducing headcount, cutting capital expenditure and disposing of assets, is estimated to about 4.5 billion euros. LetterOne Energy will also acquire around 600 million euros of RWEs liabilities, which raises the value of the deal to 5.1 billion euros. RWE is also trying to overcome the decreasing profits of its power plants.

The company explained in its statement that it has agreed with the “major contractual conditions” of the acquisition, but there are details that are still to be concluded. The purchase is expected to be finalized shortly.

Mr. Peter Terium, who is the current Chief Executive Officer of RWE, said in the statement, which was cited by the Wall Street Journal: “This agreement is a major milestone in delivering our announced strategic realignment of the group.” Some of his words were also cited by the Financial Times: “In addition it is a further and essential step towards improving our financial strength.”

The company also explained in its statement that the deal must be approved from both the supervisory board of RWE and regulators in several countries.

LetterOne group, based in Luxembourg, said the agreement was its first strategic step in entering the oil and gas industry. Mr. Fridman, who controls the conglomerate Alfa Group, founded L1 Energy last year as an investment vehicle aimed at acquiring energy assets around the world.