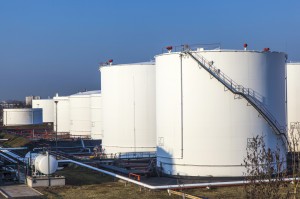 Natural gas remained on track to post a sizable weekly gain as very warm to hot conditions across most of the US offset a bearish inventory report by the EIA.

Yesterdays drop came as the EIA reported that US natural gas stockpiles expanded by 99 billion cubic feet in the week ended July 10th, exceeding analysts median projection for a gain of 95 bcf. This was also well above the five-year average increase for the period of 71 bcf, while supplies added 105 bcf during the comparable period a year earlier.

However, the bearish inventory report failed to reverse the contracts weekly movement as sentiment remained predominantly dictated by near-term weather forecasts calling for widespread very-warm-to-hot conditions across the US that would induce high natural gas demand, compared to normal, over the next seven days.

Hot temperatures will expand their reach into the Great Lakes and Mid-Atlantic through the weekend, jumping into the upper 80s and lower 90s over the northern US, while Texas, the Plains, and the South and Southeast peak in the mid 90s to 100s. A weak weather system will bring thunderstorms and a slight cooling to the Great Lakes and Northeast late Monday through Wednesday, NatGasWeather.com said, but the ridge of high pressure will fend off any attempts to penetrate further south. As that system fizzles late next week, high pressure will once again strengthen in the region through the weekend, beefing temperatures up.

The current week’s widespread warmth and high cooling demand will lead to a much leaner build for the July 23rd EIA report, with estimates pointing to a build of about 60 bcf for the week ended July 17th, compared to the five-year average gain of 53 bcf and the year-ago one of 92 bcf.

The following two builds will also be much leaner than the one from yesterday as overall very warm to hot temperatures will last through the end of July. Conditions will be most uncomfortable across Texas through the Southeast where highs will peak in the mid 90s to 100s. The Great Lakes and Northeast will also warm up above normal at times, but passing Canadian weather systems will bring some comfortable cooling at times. In any case, any cooler systems that enter the US will be confined mostly to the Northwest and Northeast, essentially leaving the remaining portion of the country very warm to hot and driving strong cooling demand.

What needs closer monitoring are weather developments at the end of the month and early August, NatGasWeather.com said, as there are still scenarios where a cooler pattern settles over the eastern US, although for now such developments seem less likely.

According to AccuWeather.com, readings in New York will peak today at 82 degrees Fahrenheit, 2 below usual, followed by a jump to a few degrees above through July 24th. Chicago will peak at 91 degrees tomorrow, 7 above normal, before temperatures ease to mostly seasonal through the end of the month.

Down South, readings in Houston will max out at 97-98 degrees through July 22nd, followed by a few-degree cooling the next three days. On the West Coast, Los Angeles will enjoy comfortable weather as highs hover near the seasonal 84 degrees, or slightly lower, for the remainder of the month.

According to Binary Tribune’s daily analysis, August natural gas futures’ central pivot point stands at $2.875. In case the contract penetrates the first resistance level at $2.909 per million British thermal units, it will encounter next resistance at $2.963. If breached, upside movement may attempt to advance to $2.997 per mBtu.

If the energy source drops below its S1 level at $2.821 per mBtu, it will next see support at $2.787. In case the second key support zone is breached, the power-station fuel’s downward movement may extend to $2.733 per mBtu.